In a David vs Goliath battle, UVW members Freddy and Angelica, friends from Ecuador, took on luxury car dealership HR Owen and beat the odds; overcoming intimidation and suspensions, they won the London Living Wage. Their victory was a testament to the power of UVW’s worker-led direct actions.

Freddie and Angelica were the only cleaners working at the HR Owen store in South Kensington, and were tasked with maintaining a spotless showroom where the car dealer could sell Lamborghinis and Ferraris to London’s wealthiest.

But despite the importance of their work, HR Owen thought it was acceptable to pay them poverty wages and ignored their repeated requests for the London Living Wage.

So, with only two workers to ballot, UVW took action and strike action was swiftly returned. But upon hearing the result management decided to suspend Freddie and Angelica to break the strike.

In response, UVW immediately initiated legal proceedings and a flash mob of 100 supporters descended upon the showroom. This led to Freddy and Angelica being offered an improved, but still insufficient pay increase of £7.50 per hour. Something which they rightly rejected, but which then saw management retaliate.

However, when UVW hit back with a surprise Halloween flashmob, it sent the signal that neither Freddie or Angelica would be going anywhere until they were fully reinstated and paid the London Living Wage.

Management swiftly lifted the suspension, but continued to hold out over pay, but with the threat of another demonstration and more negative media coverage looming, the London Living Wage was finally granted. 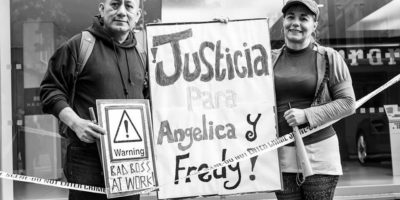 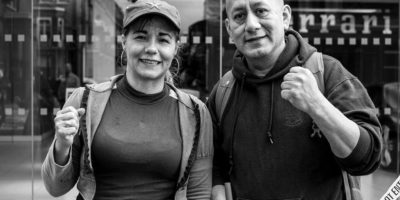 Guardian reports on our surprise protest at HR Owen

The reinstatement of Freddy and Angelica was a great victory!

Would be going anywhere until they were given the London Living Wage.