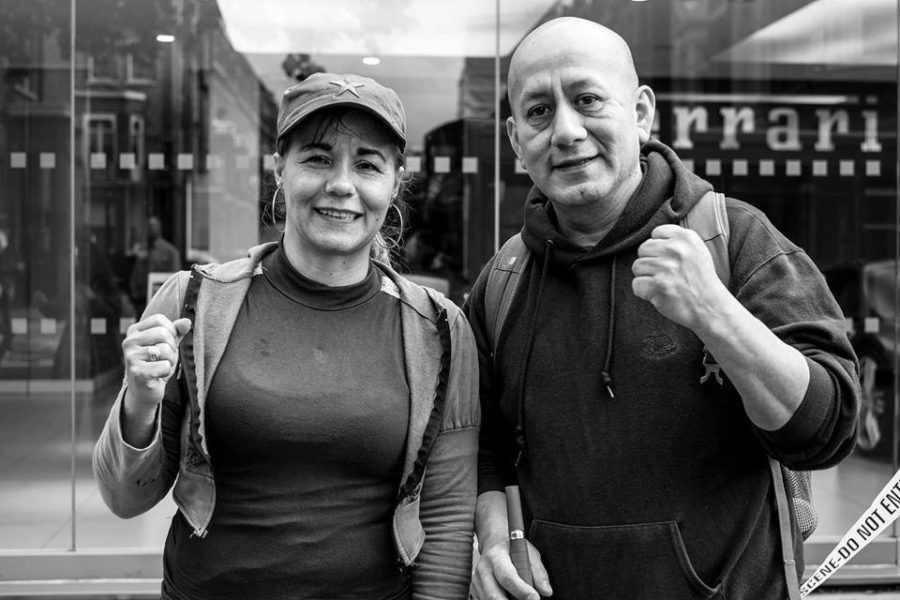 On Monday 30th October Freddy and Angelica were unlawfully permanently banned from site after refusing to relinquish their human right to strike. The following day, within under 24 hours, we were able to gather around 60 people to descend on Ferrari’s showrooms to demand their reinstatement. As the showroom doors were locked a road block was promptly set up outside instead.

Consequently, Templewood, at the behest of HR Owen, invited us to reach a negotiated resolution to this dispute.

To that end, Freddy and Angelica have been reinstated effective immediately. They have also been given an interim pay rise to £8 an hour, an increase and equalisation of their wages to £9 an hour on Saturdays, an offer of a back payment of wages, plus a commitment to pay the London Living Wage, which is expected to increase to around £10 an hour this week, by November 2019.

Whilst their reinstatement and pay rise is welcome, it constitutes a woefully un-satisfactory resolution to this dispute. Offering only 50p an hour more as an interim pay rise and delaying implementation of the London Living Wage by two years is without justification and, as was made clear in negotiations, insulting. The offer has therefore been rejected.

Consequently, Templewood / HR Owen have agreed to return to the negotiating table on Monday 6th November at which a commitment has been made to enhance the interim pay rate and implement the London Living Wage within a significantly shorter timescale of a matter of months, not years.

In light of these promising negotiations we have agreed in good faith to cancel today’s protest. However, if no resolution is reached on Monday 6th November then the strike will proceed on 11th November. So, stay tuned!