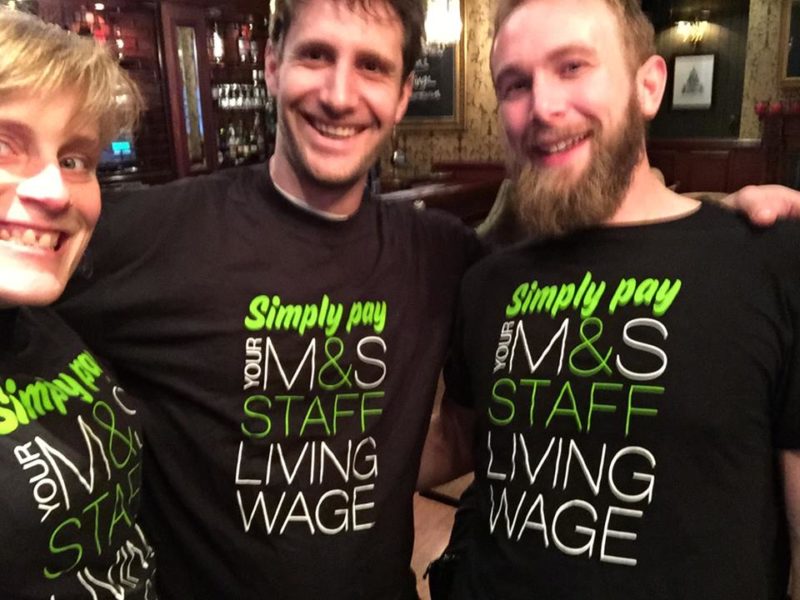 Our trade union members at Marks and Spencer (‘M&S’) – the multinational retailer which recorded over £500 million in profits in 2014 – have had enough of poverty wages. They have a RIGHT to a Living Wage, as does everyone, and have courageously decided to fight for theirs. Retailers like M&S have been paying poverty wages for far too long, and have been propped up by the state in the process by workers in this sector having to claim £11 billion a year in benefits to top up their wages. In response to the question of the Living Wage M&S have said that “we do have a competitive pay package for our employees which remains in the upper quartile against our retail benchmark. The definition of a living wage is subject to discussion. We cannot give you a commitment here today, however, we continue to have a dialogue with a number of groups and our commitment to the welfare of our employees remains as strong as ever.” UVW believes this is unacceptable and there is no excuse not to pay the LLW. Please get in touch if you would like to get involved in this campaign!