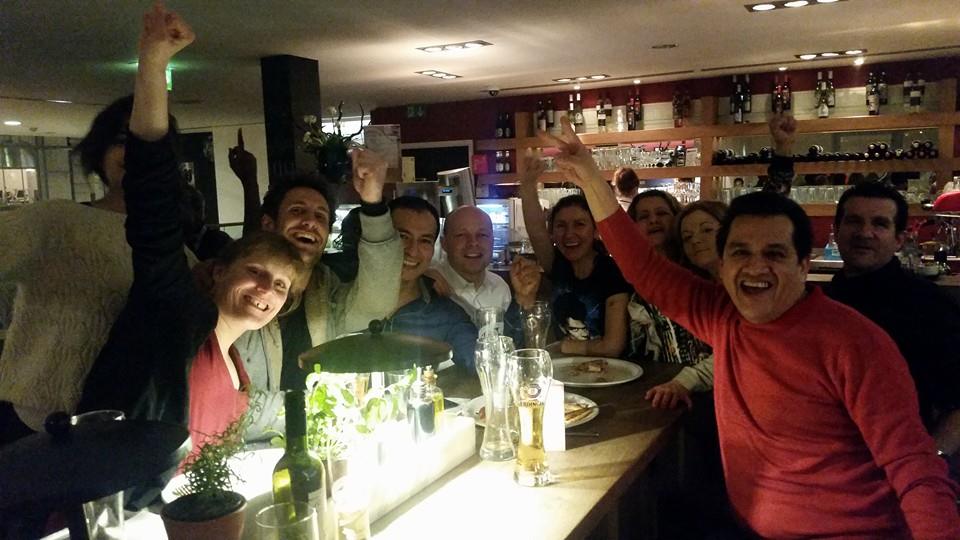 Victory: We Have Won All Our Demands at Sotheby’s!

We have officially resolved our collective dispute with CCML, the cleaning contractor at Sotheby’s and there will be no protest tomorrow.

We have won every single demand we made. This is an inspiring victory and a true David v Goliath triumph! On the eve of our protest and the serving of notice to ballot for industrial action, Sotheby’s instructed CCML to bring an end to this dispute to make sure we didn’t go ahead with the protest tomorrow. In other words, they were told to eat humble pie. Never give up the Fight! Join UVW today!

This is what we have won:
1. The London Living Wage (LLW) of £9.15 per hour
2. The backdating of the LLW to 1st November 2014 when the current rate of £9.15 p/hour was first introduced.
3. A change in the chemicals the cleaners use (which previously caused them chest pains and rashes) to eco-friendly and completely natural products.
4. The provision of proper “dust masks” to wear when cleaning
5. The reinstatement of our shop steward who was recently suspended for his trade union activities.
6. The reinstatement of our trade union member who was dismissed 4 months ago. He will also receive backdated pay.
7. The return of all the hours which were cut from the cleaners and porters over 6 months ago. Their pay will also be backdated.
8. A rota will be introduced now to ensure that all the cleaners and porters can work at Sotheby’s events at which they are paid an enhanced rate.
9. They will now be able to take all their annual leave in one go. Previously they were forbidden from doing so which meant they were unable to visit their families in Latin America due to time and cost constraints.
10. All wages which were unlawfully deducted will be returned.
11. Management will write a formal written apology to all the cleaners and porters for the way they have been treated.
12. Before the 6th March 2015 Sotheby’s will make us an offer of proper contractual sick pay, a full framework for which will be put in place once agreed.

Thank you so much for all your support! We couldn’t have done it without you and if any of the points we have agreed are reneged upon we will immediately call for another protest and ballot our members for industrial action which we hope you will support us in.