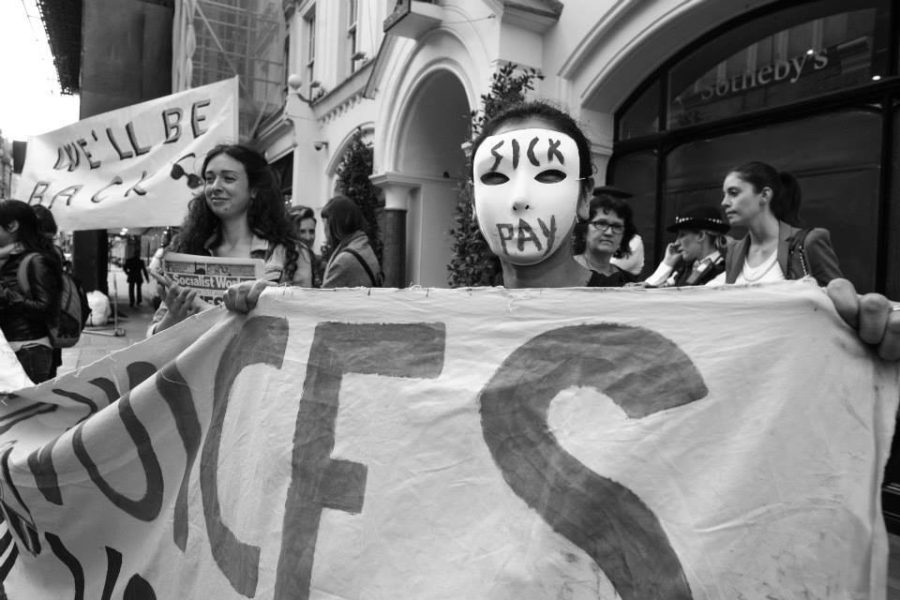 It is confirmed that as a result of UVW’s campaign at Sotheby’s all outsourced workers there, including cleaners, security guards and caterers, will receive a significantly enhanced rate of sick pay, replacing the pernicious provision of Statutory Sick Pay that so many millions of workers have to suffer on.

This means that workers at Sotheby’s will no longer need to make the hideous decision between their heath and their home.

Sotheby’s workers are the first group of outsourced workers in the private sector to receive occupational sick pay.

UVW won the Living Wage for all outsourcer workers at Sotheby’s in 2015.