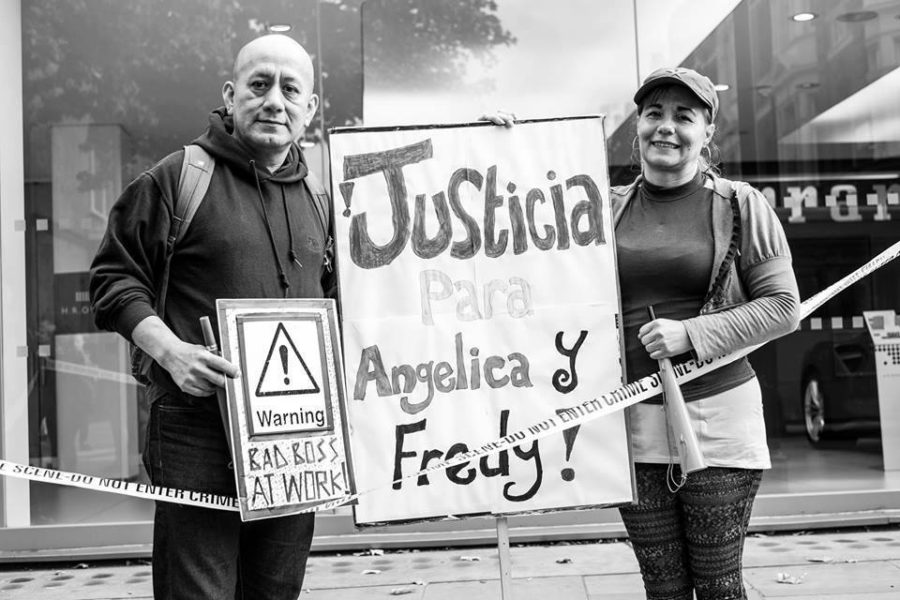 BREAKING NEWS: Freddy and Angelica, who have been suspended for the last month from cleaning the Ferrari and Maserati showrooms run by the world’s larges luxury car dealership HR Owen after voting to strike for a living wage, have just come out of a gruelling 5 hour grievance and disciplinary hearing in which, long story short, they were given a choice: promise not to strike at Ferrari and accept your poverty wage, or you can find work elsewhere.

Freddy and Angelica stood firm in the face of such vile and unlawful threats and rightly refused to relinquish their right to strike. Consequently, Templewood told HR Owen who promptly banned them from working at their showrooms again where Freddy and Angelica have dedicated the last 12 years of their lives between them without a single complaint.

This is a gross attack on the fight of low paid migrant workers for dignity and a living wage, and an attack on the right of all workers to organise and strike. Therefore we are going to respond hard and fast.

To that end this THURSDAY 2nd NOVEMBER we’re planning a series of lively, surprise demos at some of HR Owen’s showrooms and some of Templewood’s other client sites, to demand Freddy and Angelica’s reinstatement.

If you want to get involved and find out the exact time and location of the demos then please message us on facebook or write an email to info@uvwunion.org.uk . No information will be posted in public.