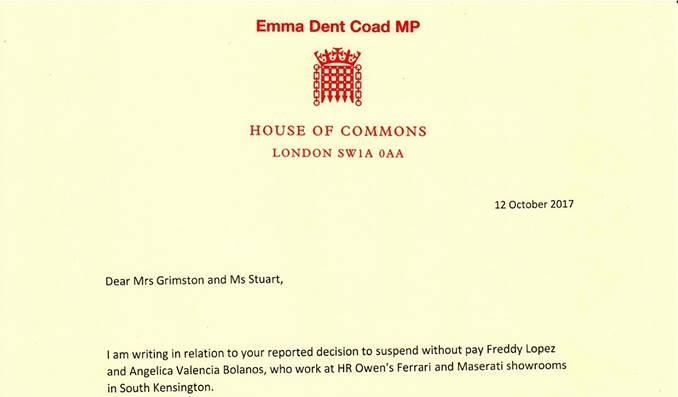 Emma Dent Coad MP for the borough of Kensinton where HR Owen’s Ferrari and Maserati showrooms are located – has just written to HR Owen in solidarity with UVW members Freddy and Angelica who were recently unlawfully suspended after voting to strike for a living wage, calling on them to “meet the UVW to resolve this dispute and return them to work on the London Living Wage without delay”.

NB: Emma is the one who in the 2017 elections snatched the borough for Labour from the Conservaties for the first time in the constituency’s history.