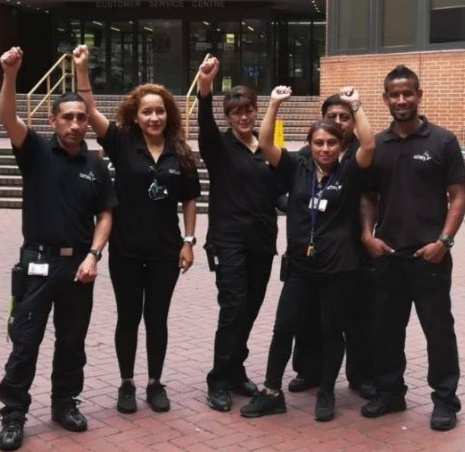 Cleaning staff are threatening to strike for the London Living Wage and believe their campaign could have a domino effect on neighbouring boroughs.

Cleaners of town halls in Kensington and Chelsea say they will strike unless their minimum wage of £7.83 an hour rises to £10.20.

The United Voices of the World union, representing the cleaners, said the strike could happen in July unless Amey – the outsourced company employed by Kensington and Chelsea (K&C) Council – agrees to its demands.

One of the cleaners preparing to strike, a 47-year-old mum, said: “This is the richest borough in London and they pay a pittance, forcing us to look for more hours of work and so we neglect our children. The money we earn is not enough to survive decently.”

The union is also requesting occupational sick pay and equal pay between agency and council workers, who already earn £10.20 an hour. A 31-year-old mother, who supports a two-year-old daughter, said her take home pay is £1,179 a month and her monthly rent is £1,560.

She added: “At the end of the month I have around £20. “It’s difficult, especially when there are children. My husband and I spend all our salary on the rent and bills and we don’t have enough left for anything else. “We even walk to work because we cannot afford transportation.”

In 2011 a ‘Tri-borough’ project was agreed between RBKC, Hammersmith & Fulham and Westminster councils, outsourcing £150m of services like building maintenance to Amey until 2023. The union believes a victory in K&C could catalyse change in the other boroughs, as Amey would face pressure to award all workers the London Living Wage.

An Amey spokesman said: “We are aware of the union’s concerns and are in discussions with them and the council about this issue. “Any increase in wages would only be possible following agreement with the council.”

They added: “We are continuing discussions with all parties and have not received any formal notification of strike action.” A K&C Council spokesperson, said: “We expect our contractors to comply fully with the law.”