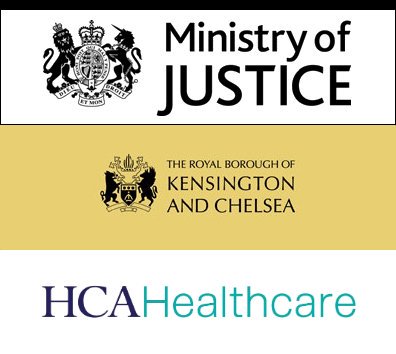 Cleaners organised in the United Voices of the World (UVW) trade union are walking out over pay and unfair working conditions at three of the wealthiest employers in the UK.

The strikes will take place at the Ministry of Justice and Royal Borough of Kensington and Chelsea on Tuesday 7th, Wednesday 8th and Thursday 9th of August. and at several Health Care America locations at the end of August.

The Ministry of Justice (MoJ) cleaners work under the OCS contract at three MoJ sites including the Headquarters at Petit France. The strike ballot and vote there saw a 100% turn out and a 100% vote in favour of industrial action.

UVW members clean Kensington and Chelsea Town Halls. These are the flagship public and administrative sites for the UK’s wealthiest and arguably most controversial local council – the Royal Borough of Kensington and Chelsea (RBKC), home to the preventable Grenfell Tower disaster which killed 72 people on June 14th 2017. The cleaners there work for global services giant Amey.

Amey, OCS and Compass do not have an occupational sick pay scheme. This means workers rely on Statutory Sick Pay. SSP is unpaid for the first three days of illness. Thereafter workers will receive just £18 per day from the fourth day of sickness onwards. This means workers are being forced to come to work when sick in order to meet their living costs such as the astronomical rents in the capital. Workers, say UVW are having to choose between their health and their home.

2) Parity of terms and conditions with directly employed staff

The second common grievance and demand of the strike is equality between subcontracted and directly employed staff in terms of holiday entitlements, hours and overtime pay. A two-tier workforce leads to undercutting, a race to the bottom and exploitation say UVW.

3) Payment of the London Living Wage with guaranteed annual increments

The London Living Wage is currently £10.20p/h –- a stark contrast to the National Minimum Wage, bizarrely re-labelled the National Living Wage by the Conservative Government in 2016, which is just £7.83p/h.

It is the first time that the union is running three simultaneous strikes. If successful they have the potential to increase the terms and conditions of thousands of workers across not only the 13 striking sites but beyond.

A win at the MoJ could lead to a 25% wage increase for over 1,000 outsourced staff across the recently unified MoJ contract, previously run by 12 separate contractors.

UVW, an independent union formed in 2014 and not affiliated to the TUC, has succeeded in winning living wage, sick pay, holiday pay and in-house status for cleaners all over London including at The Daily Mail offices, Sotheby’s and the London School of Economics where cleaners now have living wage and parity with professors in terms of sick pay and holiday pay – a first in the history of UK Higher Education.

In 2011, Westminster, Hammersmith and Fulham councils joined RBKC in a ‘Tri-borough’ agreement to share one single outsourcing service until 2023. UVW believe that a win at RBKC could lead to all three to become “Living Wage councils”.

A victory at the Ministry of Justice could lead to other government departments agreeing to pay the Living Wage, and workers for Health Care America gaining more confidence to also fight for a dignified income.

Mercedes, a striking cleaner at HCA said: “We are not just demanding fair pay, we need basic vaccinations, including Hepatitis B and Tetanus, which are being denied to us even though we regularly come in direct contact with bodily fluids including blood. These are luxury hospitals, why can’t we get what we need?”

Cleaning for RBKC, Mauricio said: “It is really hard to survive in London, you have to think about what you can and can’t buy, which bill to pay, it’s very difficult. I wanted to live near my work but it is impossible for me. I live in a room in an apartment with another family, that is how it is here.”

Striking MoJ worker Luis said: “Even though we are paid minimum wage, the company still tries to make us work harder and harder, doing more tasks and cleaning more and the company doesn’t send anyone to replace the workers who are sick or absent. It is because they don’t even listen to us or treat us with respect that we have to strike. It is for this that we call this place the Ministry of Injustice.”