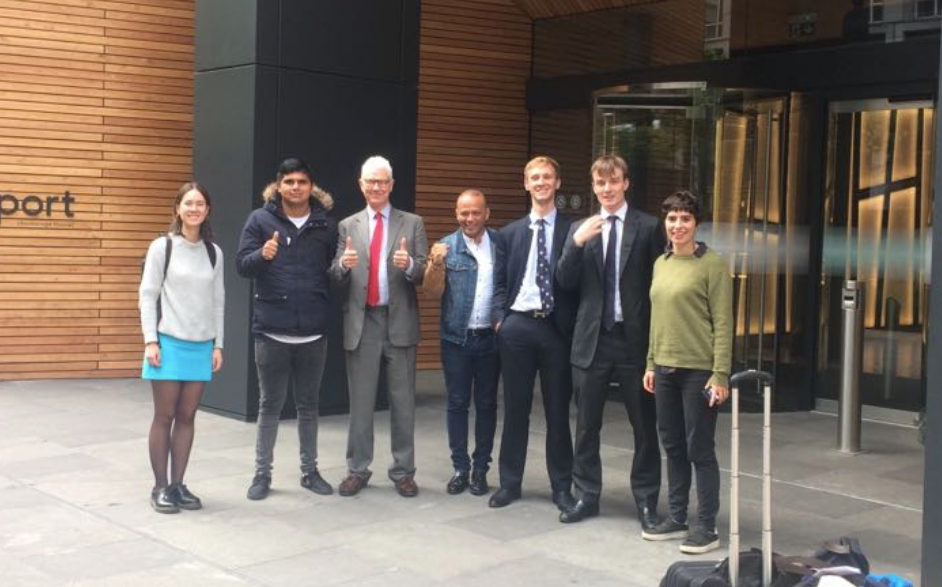 Last Friday Interim Relief was granted at the East London Employment Tribunal to Christian and Edson, UVW’s Health and Safety reps from Orion, an East London recycling plant, from which they were sacked a few weeks ago in what the tribunal found, at an interim hearing, to be a clear act of trade union victimisation and for raising health and safety concerns. This means Orion is now obliged in law to give them a full back-payment of wages and continue to pay their salaries in full until the date of their final hearing. UVW will now continue to pursue Orion for substantial compensation and reinstatement.

Earlier this year Edson and Cristian led their colleagues out on an historic 3 week walk out over dangerous working conditions following which they represented their colleageus in collective negotiations over health and safety matters, and terms and conditions. When they were sacked no procedures were followed or evidence provided for the trumped up grounds on which their dismissal. They were simply told to go home and not return, after several years of service between them.

Interim relief applications are seldom applied for and even less frequently won. Huge thanks goes John Hendy QC for representing our members pro bono, and to UVW tribunal caseworkers Henry Edwards and Richard O’Keeffe for supporting him.

This victory for interim relief follows another historic victory last week for UVW wit the trade union victimisation cases of the famous The Topshop Two which were heard ni the central London employment tribunal. In those partially conjoined cases Topshop’s union busting contractor Britannia Service’s Group conceded the case of Carolina in open court seconds before the hearing even commenced admitting to having dismissed her for her trade union activities. In the case of Susana who led the campaign for a living wage in Topshop in 2016, they admitted to having sacked her for the trade union activities although they stubbornly did not concede the case. Final submissions for Susana’s case will take place this coming Thursday at 1.30pm.

Since UVW came on the scene 4 years ago we have tirelessly helped low paid and predominantly migrant and precarious workers fight for justice both in the courts and on the streets. We are proud to continue to remain firm in our commitment to that principle today!