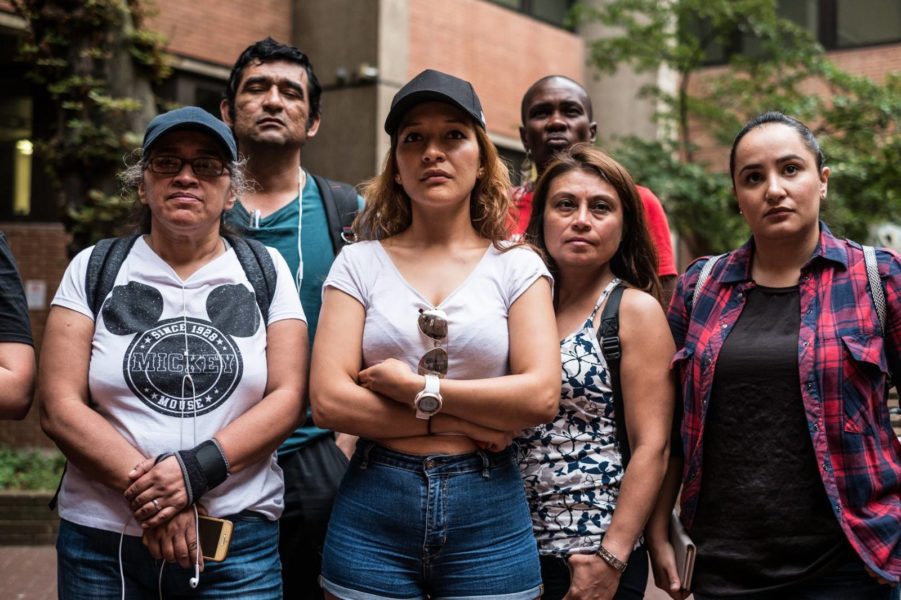 ONE DOWN TWO TO GO:

After meeting yesterday the CEO and Leader of the council, RBKC have committed to concede the cleaner’s demands to be paid the LLW and review their current T&Cs on early termination of a ten year contract with Amey who the cleaners are currently outsourced to.

The council has committed to make this happen by December 2018, and the head of the council Elizabeth Campbell personally agreed to try and bring about a retrospective payment of the difference in wages from October until the cleaners are paid the LLW.

Discussions about bringing the cleaners up to the LLW have apparently been taking place for 8 years, but it was only after the cleaners organised through UVW, took three days of strike action and occupied a council meeting that this was finally addressed.

Keep your eyes peeled for the MoJ where we are now representing the cleaners and security guards who are making the same demands!