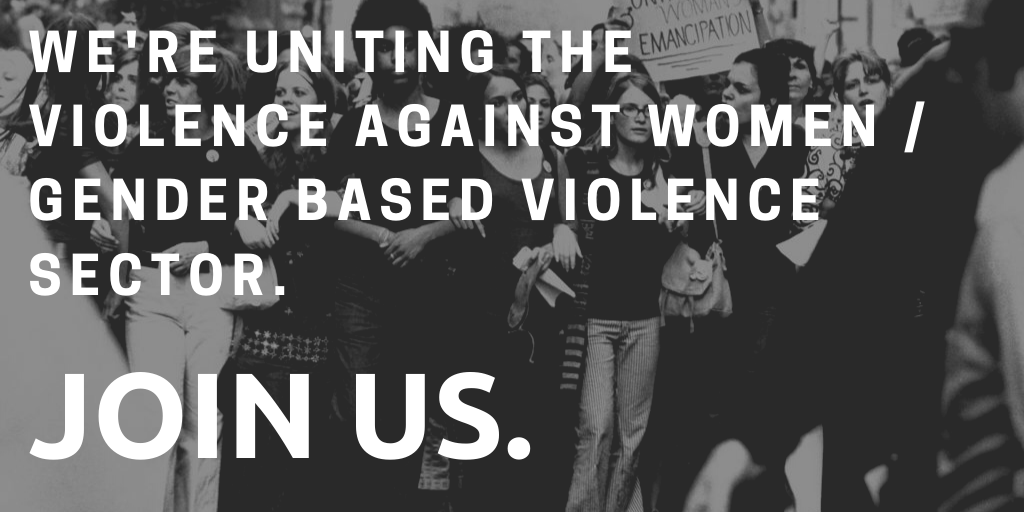 Today workers have launched the first ever UK trade union group for workers in the Violence Against Women and Girls (VAWG) and Gender Based Violence (GBV) sector.

Formed as part of the independent trade union, United Voices of the World (UVW), the Violence Against Women and Girls (VAWG) and Gender-Based Violence (GBV) union is a feminist and trans-inclusive union fighting for fair pay and contracts, limits to caseloads, inclusive workplace and frontline service policies, and an end to endemic workplace bullying.

Formed by workers from several prominent organisations within the sector and describing itself as a feminist, anti-racist, trans-inclusive, trauma-informed and intersectional union, the launch was accompanied by the following message from the workers to their bosses:

“This is a notice to our bosses: we are tired of being overworked, underpaid, bullied and taken for granted. We’re sick of being blamed for not keeping up with impossible targets. We are not machines and we are not to blame for the physical and emotional toll of working with trauma.

When caseloads are three times the safe limit, the only people responsible for serious incidents are the perpetrators causing harm, the bosses overworking us, and the councils and central government underfunding us. Chronic underfunding of vital services forces VAWG and GBV organisations to compete for contracts.

When boards are complicit in this competitive environment it pits management against workers and results in exploitative and anti-feminist practices. Workers should not be forced into mental health crises to compensate for budget cuts.

We want safe staffing levels, policies that reflect our values and decent wages and we want these things now. So, if you work in the sector and you see these injustices in your organisation then join us! Together we are stronger, and we can change the sector for survivors, ourselves and all those who come after us*”.

A worker who wishes to remain anonymous said the following about the launch, “I think the VAWG sector has been slow to unionise because there is a huge fear that we’ll be seen as disloyal if we do. No one wants to be accused by bosses of causing a scene, or of not caring enough about the work to just get on with it. But I’ve joined the VAWG union because I do care. I care so much. Not just about the survivors I work with, but about us, our wellbeing and our rights as workers. We matter and it’s time to make noise about that, because it is only when we feel safe and empowered that we’re able to deliver the level of support that survivors deserve.”

Speaking of their passion to work for the VAWG sector, another worker added: “I have been driven to work in the VAW/GBV sector by the passion of helping survivors in changing their lives and be free from abuse and exploitation. When working in the charity sector, with a low-wage, in a under-staffed service, I became so stressed I had to start thinking about my own well-being and survival. The sector pushed me to so much overwork, normalised in the organisation, that I was not able to fully enjoy myself and live a normal life. Mentally and physically tired all the time, I was just getting worse and worse, while nothing changed in the working conditions. The union is the only way to make a structural change that affects statutory and organisational resources. It is a public shame that survivors are helped at the expenses of passionate and responsible workers, whose qualities are used against their well-being and their equal rights.”

While another worker who also wishes to remain anonymous added,“I joined UVW because I want to make our sector trans-inclusive. A lot of VAWG organisations have really vague or openly transphobic policies to avoid their duties under the Equality Act. A lot of workers like me want to support trans women and make sure they can access services, but management are standing in our way. A union that is trans-inclusive can push for policy change and shows our support and solidarity for trans colleagues and service users.*”

Speaking about the impact that funding cuts have had on the sector, another worker who wishes to remain anonymous said, “A workers’ voice across the sector is badly needed. Funding cuts and competitive tendering are putting a huge strain on services and frontline staff, as well as compromising survivors’ safety. Unless we come together and make it a sector-wide fight, no individual organisation is going to call for change.”

Further quotes from union officials and workers are available upon request. Please contact: