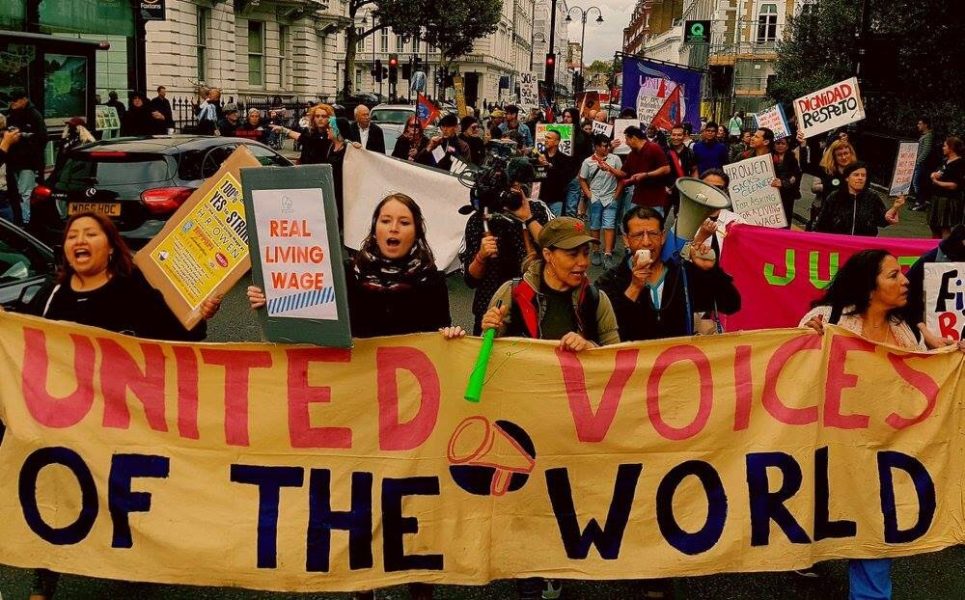 A statement of solidarity with the RMT, TSSA, ASLEF and Unite: Defend the right to strike!

Solidarity With Transport Workers: Defend The Right to Strike!

United Voices of the World (UVW) condemns attempts by this Conservative government to further curtail the power of trade unions by limiting the right to strike of transport workers.

Our power as workers lies in our collective action. Collective bargaining without the right to strike is collective begging. The UK Government is already in breach of its obligations under international law by failing to adhere to the standards of the International Labour Organisation regarding the Right to Organise and Collective Bargaining (Convention 98) and Freedom of Association and Protection of the Right to Organise (Convention 87).

The Tories make no secret of their disdain for organised labour, and successive Conservative governments have sought to undermine fundamental trade union rights, and with it the pay and conditions of all workers.

United Voices of the World (UVW) stands in solidarity with transport workers and their unions including RMT, TSSA, ASLEF and Unite against these plans. We also support ongoing industrial action by the RMT to keep the guards on trains, and efforts to bring outsourced transport back into public ownership. If the government wishes to stop transport strikes, then they should take the demands of transport workers seriously and respect their internationally recognised trade union rights.