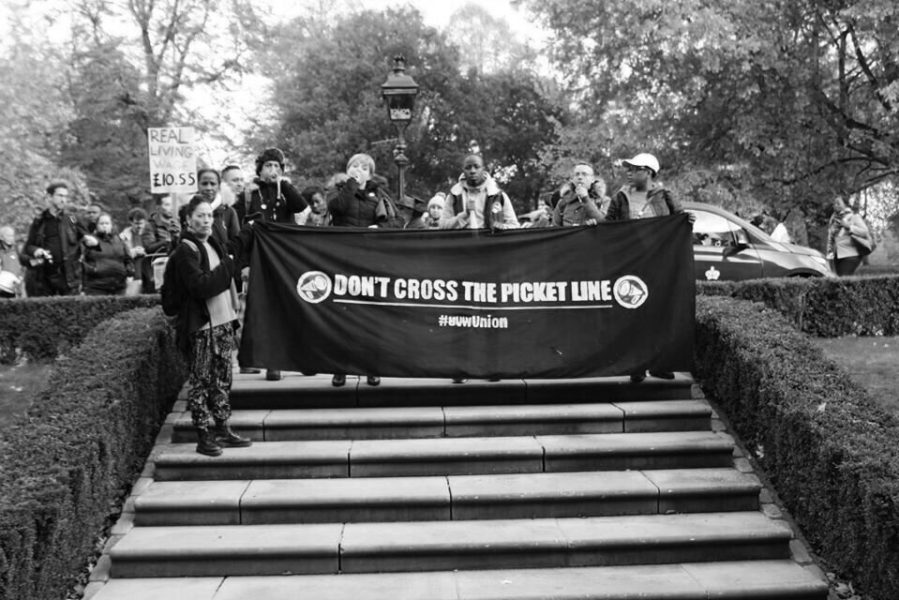 Park and toilet attendants across 7 of the Queen’s Royal Parks in London have today won their strike for a pay rise from the minimum wage of £8.21 per hour to the London Living Wage of £10.75, the rise will also be backdated to 1st November and equates to a 31% increase, and an extra £5000 per year.

The park attendants are members of the trade union United Voices of the World and took 2 days of strike action in October after their calls for a pay rise were repeatedly ignored.

The decision to pay the living wage, which a rows a 31% pay rise, was announced by The Royal Parks – a charity set up by the Department for Digital, Culture, Media & Sport (DCMS) to maintain London’s royal parks owned by the Crown – after a board meeting on 12th December, on the eve of which the park attendants had threatened escalated strike action.

Outsourced to French multinational VINCI the workers were also being unlawfully denied their right to annual leave which has led to a group claim being brought against VINCI in the employment tribunal by UVW Union.

Speaking after the announcement one of the attendants who wished to remain anonymous said, “I have worked for The Royal Parks for 9 years and in that time we have been paid poverty wages, it’s only fair that we are paid a wage we can really live on, but we shouldn’t have been forced to strike to get it. That said, we are absolutely delighted with our victory and couldn’t thank our union UVW enough who have stood by us every step of the way.”

Also speaking after the announcement, UVW organiser, Petros Elia, said “Today our members, many of whom have been dismissed by other unions as being unorganisable, have proven once again that no matter what your job is, or where you’re from, if you get organised and strike then you can, and probably will, win. This is a victory for all workers everywhere who have been told that they don’t deserve more than the minimum wage or that their employer would or could never pay more. Remember that neither is true. Join a union today, join UVW let’s get organised and kick the bosses’ asses.”

For more quotes from UVW officials and workers please contact:

The respective strike dates were the 24th and 31st of October.

VINCI Facilities currently faces multiple Employment Tribunal cases brought forth by UVW in response to its practice of denying its workers their full annual leave entitlement; any worker who works 5 days a week – irrespective of their contracted hours – is entitled to 28 days paid annual leave. However, under the auspice of our members’ part-time contracts VINCI has sought to deny them this legal right