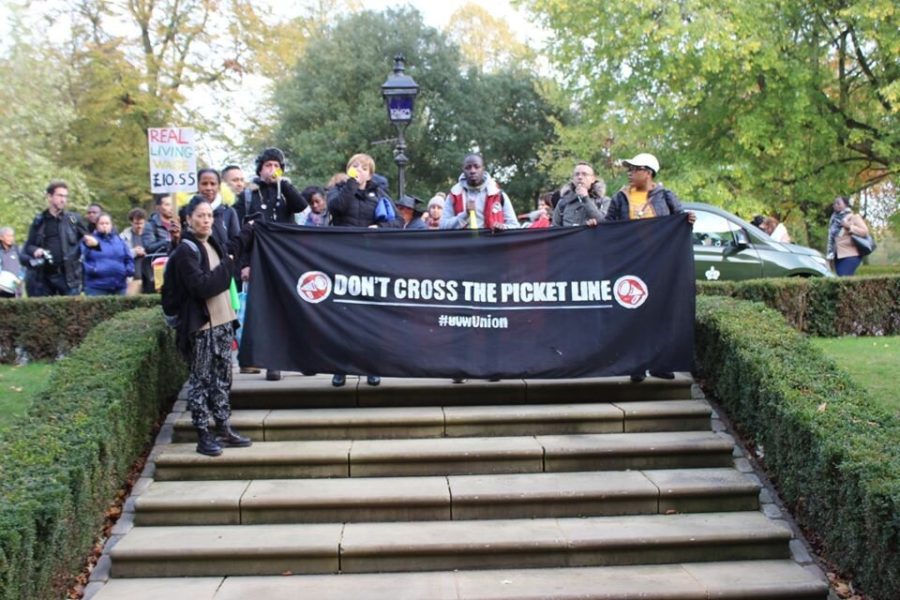 The Royal Parks, a charity set up by the Department for Culture, Media and Sport (DCMS), and tasked with the administration of the Queen’s London parks, has today found itself accused of  indirect race discrimination and subject to legal challenge. Late yesterday evening, trade union, United Voices of the World (UVW), filed a challenge with the Central London Employment Tribunal. Represented by leading discrimination barrister Changez Khan of Farrar’s Building, the challenge contends that the outsourcing of their cleaners and toilet attendants, who are overwhelmingly black African migrant workers, onto minimum terms and conditions, whilst conferring generous conditions and benefits on their 90% white inhouse staff,  amounts to indirect racial discrimination under the Equality Act 2010.

Trade union officials have described the case as a ‘landmark legal challenge’ affecting 3.3 million outsourced workers across the UK. Contending that for the challenge to succeed it will simply be sufficient to show the effects of outsourcing  – irrespective of the conscious intentions of the Royal Parks – results in workers with protected characteristics being subject to a double standard of treatment with respect to minimum levels of contractual benefits. UVW has as members the majority of the outsourced cleaners and toilet attendants working across the eight Royal Parks, who are almost all black migrants from African countries such as Ghana, Nigeria and Sierra Leone.

Richard O’Keeffe, Head of Legal Services at United Voices of the World (UVW), said the following: ‘This is a test case. We are asking the courts to consider for the first time whether a double standard as to what is an appropriate minimum rate of pay, sick and maternity pay provision and pension contributions as between 90% white in-house staff and 90% black outsourced contract workers is justified by the purported efficiencies and cost savings that outsourcing is said to effect. That question will be fact sensitive, but if in principal this type of outsourcing arrangement requires justification to be Equality Act compliant, it will force employers to think more carefully before they operate a two-tier system which disadvantages migrant labour’.

One Park Attendant, who wished to remain anonymous, said the following: ‘We’ve been treated like dirt by VINCI and them [The Royal Parks]. We never get paid properly, and what we do get paid is really far below the other workers. This isn’t fair. We’ve had enough’.

For a copy of the legal challenge, more information, or quotes, contact: