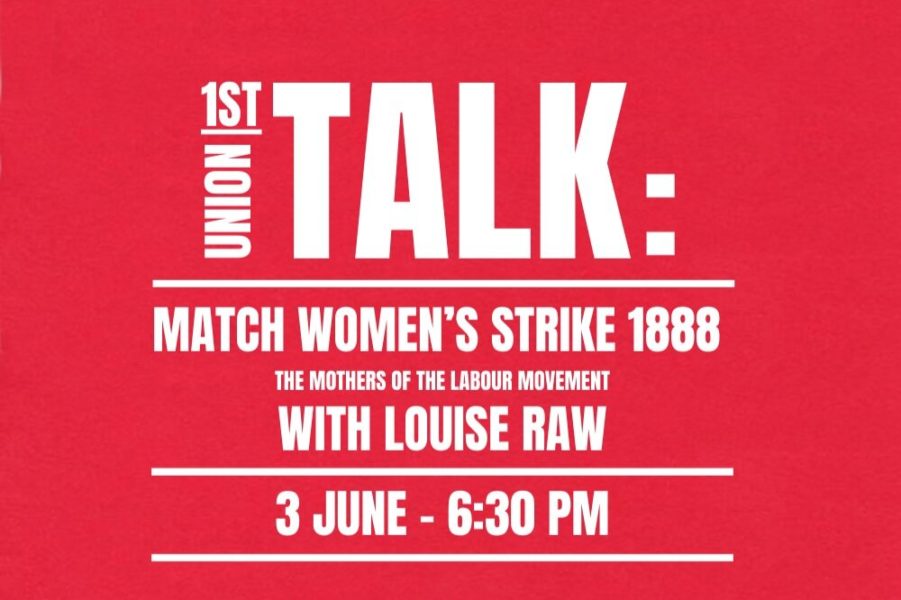 UNION TALK: Series kicks off with Dr. Louise Raw and the Match Women’s Strike of 1888

UVW is kicking off a series on the history of radical union organising with Dr. Louise Raw, who will be speaking about the Match Women’s Strike of 1888 on 3rd June, 2020 from 6:30pm-8:00pm.

The series of talks and discussions will take us from some of the earliest struggles of low paid, migrant and women workers of the 19th century all the way up to the present day.

Our movement is built on the sacrifices, solidarity and victories of brave workers before us and it’s crucial that our strategies of today are shaped and inspired by the lessons of the past.

Louise argues that the Match Women’s strike not only inspired the famous London Dock Strike of 1889 but actually gave birth to “the mothers of the entire modern labour movement, and Labour Party”

In her own words, Louise says:

“Victorian women made me a historian! Researching the East London Match women who went on strike against powerful employers in 1888, and eventually meeting descendants, I discovered the story I’d been told about this ‘unimportant’ event was completely wrong. These young, mainly Irish women had in fact changed the world for working people, founding the modern British labour movement & by extension, Labour Party. It’s my mission to teach this new history to everyone from young girls today to those in power.”

How did these women get organised and sustain themselves during the strike? What support did they have from MPs, other trade unions and left wing intellectuals? What influence did this strike have on other workers?

Answer these questions and more at our first Union Talk event.

Louise Raw is a Labour historian with a background in the Trade Union movement and political campaigning who has spoken throughout the world and in the media about her research into the Match women’s strike which culminated in the groundbreaking book ‘Striking a Light’. She also organises the annual London Match women’s Festival.