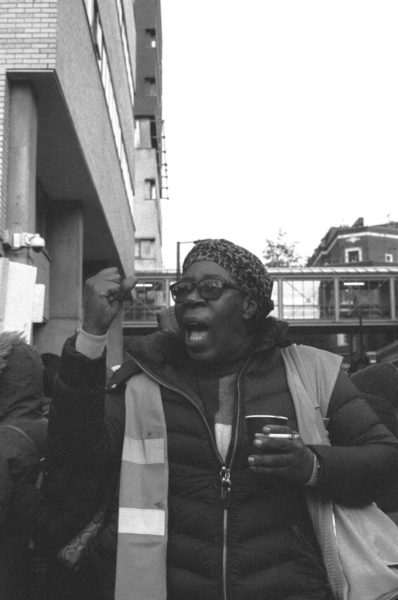 In a massive display of worker power and unity, charity sector workers have demanded the resignation of the chief executive officer and the entire governing board of a major UK charity.

“We say never again. We will no longer put up with abuses from the bosses. We not only demand the resignation of the board but we also want a proper seat at the table – we want to write the organisation’s rules to stop abuses happening again” said charity sector member.

UVW members – from the newly formed and highly organised charity sector – are threatening strike action if their demands to replace the leadership are not met.

“Make no mistake, at the UVW we will always stand up to and stamp out abuses, be it in the cleaning sector or the charity sector” commented senior organiser and co-founder Petros Elias.

If you work in the charity sector and want to get organised and fight the injustices we know you face in your workplace then join UVW today!