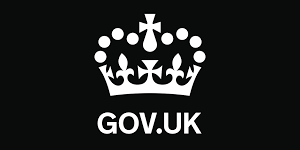 Update: Government announces launch of its ‘Plan for Jobs’

Today the government announced a series of new measures which it says are designed to protect jobs and the economy as lockdown eases and as the furlough scheme comes to an end. The government has called these measures its Plan for Jobs. We have listed the major parts of this plan below.

However, what should be made clear – and what will become clear upon reading the plan – is that it contains very little in the way of concrete proposals to support workers and renters. With the government still planning to end the furlough scheme for both employed and self-employed workers on the 31st of October and still refusing to commit to a rent forgiveness scheme. Meaning millions of renters are currently in arrears and most likely to face eviction in the coming weeks and months.

The government has announced that employers will receive a one-off £1,000 bonus for every staff member kept in employment from November 2020 to January 2021. The bonus is not sector specific and all an employer would have to do to qualify is ensure the employee earns above the Lower Earnings Limit of £520 per month.

The government has announced the creation of a ‘Kickstart Scheme’. The scheme is designed for 16 – 24 year olds currently in receipt of Universal Credit and who the government deem to be at risk of long-term unemployment. The government has stated that it will fund the wages of 25 hours work, paid at the rate of the National Minimum Wage, plus National Insurance contributions, for any newly created 6-month work placements.

5.    VAT for the hospitality industry

The government has announced a cut in VAT from 20% to 5% in the hospitality sector. The VAT cut will last for 6 months, from the 8th of July 2020 to the 12th of January 2021. It will be applied to food, accommodation, and attractions.

The government has announced the launch of an Eat Out to Help Out scheme which it says is designed to encourage people to start eating out in restaurants again. The scheme will allow restaurant goers up to 50% off their meal and will be capped at £10 per head. The government has announced it will run from Monday to Wednesday throughout the whole of August and that the discount can be used an unlimited amount of times.