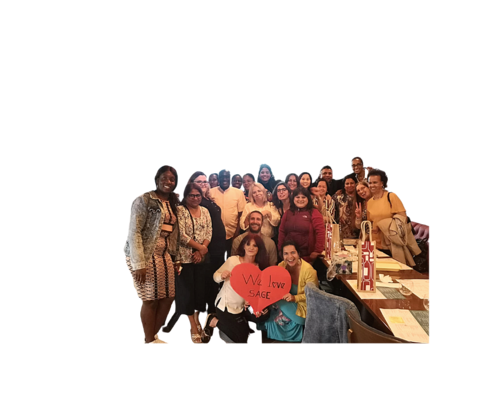 United Voices of the World (UVW) has received notice that Sage Nursing home management are willing to enter talks to resolve a dispute with care workers and domestics at the North London care home.

The offer to negotiate comes despite Sage’s refusal to agree to formally recognise UVW for the purposes of collective bargaining, something that the Central Arbitration Committee, CAC, is currently deciding on.

The news follows months of organising and a worker led campaign for parity with NHS workers, including £12 per hour and NHS sick pay and annual leave. After months of being ignored, the majority migrant and ethnic minority workers recently returned a 100% yes vote in favour of strike action. This is believed to be the first strike ballot in the adult social care sector demanding £12 an hour.

In response, Sage Trustees Adrian Jacobs and Stephen Goldberg – who form part of a small group of Trustees with billionaire property developer and so-called philanthropist Benzion Freshwater – have agreed to try and settle the dispute. The care workers have reacted with defiance and resilience.

“We will keep the pressure up until they put a good and acceptable offer on the table” said Estrella, a care worker with several years’ service at Sage. Her colleague, Andrene, also added, “Sage has never before been willing to sit down and talk to us. Together we are making big progress and will not stop here“

Isabel Cortés, a UVW organiser also said, “The local community has been shocked and outraged to hear directly from workers, many of whom are long-serving, about the poverty wages and the lack of respect they’ve had to deal with and this isn’t just a local sentiment. We know the whole country will get behind these heroic key workers if they are forced by Sage to go out on strike”.

She continued “Despite the tone of the letter, this is a step in the right direction. We sincerely hope that Mr Jacobs and Mr Goldberg, having now agreed to involve ACAS, will negotiate with us in good faith and work with us to find a way forward. It is time quality care was met with quality pay”.