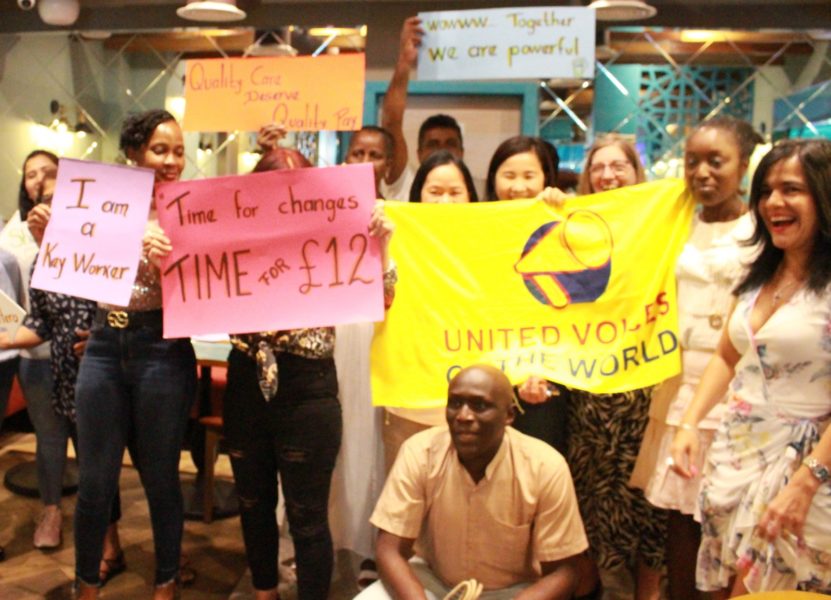 Care workers and cleaners at Sage nursing home in North London, managed by the billionaire philanthropists and landlords Benzion and Solomon Freshwater, have been left with no choice but to go on strike according to their trade union, United Voices of the World (UVW).

The move to an imminent, and what UVW officials have described as a “protracted strike”, comes after Sage Trustees undermined negotiations. A first round of ACAS mediated negotiations were set to take place on the 4th of December and saw the workers suspend plans for a strike despite returning a 100% yes vote in favour of strike action.

The talks were also undermined by the Trustees stating in an email sent to UVW via ACAS, also less than 24-hours before talks were due to begin, that they had no intention of putting forth any settlement offers. The email fell hot on the heels of the Trustees having set up two meetings with workers in the run up to the negotiations in which the workers were told it was not financially possible to meet their call for £12 per hour – they currently receive between £8.72 – £9.60 per hour – all whilst contracting a legal consultant who charges £354 per hour to respond to the union.

Throughout the dispute, and despite UVW filing an application with the Central Arbitration Committee (CAC) that will force Sage to recognise the workers’ union of choice for the purposes of collective bargaining, Sage’s Trustees have continued to refuse to recognise UVW.

Speaking in response to the breakdown in negotiations, Bile, a care worker, said the following:

“It’s an act of defiance and irresponsibility from Sage to avoid meeting us for negotiations. We are incredibly frustrated, because all we are asking for is respect, dignity and equality. We deserve a living wage; we deserve full sick pay and a better holiday scheme. And if Sage thinks it can just ignore us and that we’ll go away all they’re really doing is boosting our motivation to stand up for our rights and for the right of our union to be recognised. We have never been more united”.

“This is a huge insult. It just goes to show that Sage really does not care about us. It’s very frustrating”.

“Our members have wanted to avoid a strike at all costs, but the Trustees have left them with no choice. They’ve shown no desire to negotiate in good faith and it is pretty rich for these billionaires to say there is no money to pay a living wage while in the same breath they’re hiring a union busting legal consultant with a going rate of £354 per hour”.

She went on to say, “These workers have risked their lives in this pandemic and the way they are being treated is appalling. There is clearly a problem at Sage. Two weeks ago, they and several other ex-employees of Sage submitted a 24-page grievance detailing cases of victimisation, discrimination and other abuses. So, while this is a fight for a wage that truly reflects the value of what these key workers do, it is also a fight for basic respect, equality and dignity in the workplace”.