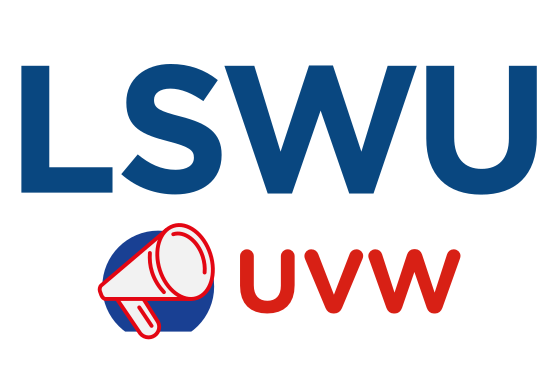 Open Letter to HMCTS and the Ministry of Justice

Dear Her Majesty’s Courts and Tribunals Service (“HMCTS”) and the Ministry of Justice (“MoJ”),

Platitudes will not protect us: COVID-19 and the criminal justice system

We, the undersigned, are legal sector workers in England and Wales. Many of us are members of the trade union, Legal Sector Workers’ United (“LSWU”), and others are fellow concerned workers in the criminal justice system. We have made a list of recommendations below, which must be actioned immediately in order to prevent further risk to the safety of court users in England and Wales.

As you will be aware, we are now in a third national lockdown with COVID-19 rates at a record high and health services overwhelmed. Public Health England have made it clear that vulnerable and at-risk groups must shield and the public must abide by the most stringent restrictions to keep others and ourselves safe. Despite this, HMCTS and the MoJ have made a policy decision to keep all criminal courts largely operational, with many continuing a “business as usual” approach. This means that thousands are still forced to attend courts across England and Wales every day, at the height of the pandemic.

In an article published on 22 December 2020, LSWU criticised your stance and offered practical solutions to minimise the spread of the virus. Despite these warnings, the situation has worsened significantly.

In response to our article, the MoJ stated, “our buildings are not considered close contact settings…and satisfy public health guidelines for a COVID-secure environment”. This response is woefully inadequate, inaccurate and in light of recent national lockdown measures, shows a wilful disregard for court users’ safety.

We know that courts most certainly constitute “close contact settings” and are by no means “COVID-secure’’. In the Magistrates’ Courts, buildings remain overcrowded and poorly-ventilated, with small conference rooms and haphazard use of PPE. Protection is essentially non-existent for clients in court cells and at-risk individuals are frequently left to wait for hours in congested areas. We have also egregiously heard of people in custody being sent to court with pending COVID-19 test results. In one case, the result turned out to be positive.

Whilst HMCTS and the MoJ have buried their head in the sand, junior legal sector workers have been documenting widespread failings in the Magistrates’ Courts. Preliminary results show that only 5% of responders recorded having a positive experience and feeling safe. In 55% of cases there was no social distancing in court and 64% reported overcrowding. A further 69% responded that desks and docks were not cleaned after previous use.

These basic problems persist 10 months since the start of the first national lockdown and have likely contributed to the spread of the virus. In fact, we know that there have been repeated outbreaks of COVID-19 in courts across England and Wales. In recent weeks, we have seen more workers forced to self-isolate after either contracting the virus or receiving contact alerts following court attendance. The risks for all court users are worse than they have ever been.

The most severe consequences of the persistent ineptitude and inaction by HMCTS and the MoJ in their response to COVID-19 are inevitably borne by oppressed and vulnerable groups, as well as the most precarious workers, including Black, Brown and Racialised court users, those with underlying comorbidities, and junior members of the legal profession. They remain at risk both within unsafe court buildings and travelling to and from them.

Responses are inadequate, ineffective and unacceptable

Unfortunately, any efforts to address these concerns have failed to translate into meaningful protective measures.

On 3 January 2021, the Chairman of the Bar Council publicly stated: “It remains the Bar Council’s view that requiring practitioners and others to attend administrative hearings in person should be exceptional and that adding to the risk of spreading the virus by requiring in-person hearings should be kept to the absolute minimum.”

The Lord Chief Justice then published a statement on 5 January 2021, saying: “The significant increase in the incidence of COVID-19 coupled with the increase in rates of transmission makes it all the more important that footfall in our courts is kept to a minimum. No participant in legal proceedings should be required by a judge or magistrate to attend court unless it is necessary in the interests of justice. Facilitating remote attendance of all or some of those involved in hearings is the default position in all jurisdictions, whether backed by regulations or not.”

It is our view that the Lord Chief Justice’s comments merely pay lip service to the problem. The statement’s lack of clarity or implementation through specific guidance or concrete measures has meant no material difference in the criminal courts.

The suggestion that remote attendance should be the default position for administrative hearings is a welcome one. But many courts either cannot or will not implement this uniformly. Our members have reported many instances where requests for remote attendance are either ignored entirely or have been refused, even after the Lord Chief Justice’s announcement.

In some instances, refusals are due to arbitrary decision making plainly not in the interests of justice. Some judges, magistrates and legal advisers have loathed to grant video hearings throughout the pandemic, exercising complete control with no accountability from HMCTS or the senior judiciary.

On other occasions, remote attendance is refused because the court does not have the capability to facilitate it. Since the Lord Chief Justice’s announcement, these reports have increased. For instance, in one Magistrates’ Court last week, a barrister was told they had to attend a case management hearing in person because there was only one courtroom in the entire building that could host remote hearings – and it was already stretched to capacity. This is now a commonplace reason for refusing video hearings with some of our members routinely being told by courts “those facilities have been reduced”.

The situation for representatives who need to speak to clients in custody is similarly strained. The Metropolitan Police announced on 3 December 2020 that there would be a staged withdrawal from video hearings for London courts, following other police forces across the country.  The reason given was the “significant cost in terms of finance and resources”. This meant that as the COVID-19 rates rose, instead of linking defendants into hearings from police stations, they were being produced in court cells. This increased the risk of transmission from police stations, to courts and, where relevant, to prisons – heightening both that individual’s exposure and the chances of possible infection along the way. Further, given there are no confidential phone lines in court cells to allow lawyers to take instructions from their clients, they have no choice but to attend in person. Many prisons also lack the facilities to ensure people in custody can attend remotely and speak to their lawyers confidentially in advance of hearings. Defendants who are produced in person are then automatically transferred to a different prison and forced into solitary confinement on arrival – placing both their physical and mental health at risk.

On 12 January 2021, the Designated District Judge at Highbury Corner Magistrates’ Court issued a statement outlining that it is not possible to arrange hearings by remote link in many of their courtrooms, advocates will need to attend the cells to take instructions if remote means are not possible, all prisoners will be produced in court unless suspected to have COVID, and going as far to say that “If your internet connection from your home is not adequate. You will not be allowed to connect in remotely in future.” This response reflects an unacceptable and now widespread situation, which has been enabled by HMCTS and the MoJ.

We also stress that a sensible, reasonable and public-health minded approach to adjournments is not the norm at present, in either our Magistrates’ or Crown Courts. A QC reported that at the start of a 6-week two-handed murder trial last week, the defence sought to vacate on high-risk COVID-19 grounds. The Judge refused the application. The same Judge now has contracted COVID-19 and the trial has been adjourned. Another report from an NHS doctor, called to undertake jury service next month, outlined that his appeal to be excused was rejected, despite it being self-evident that essential health workers are needed on the frontline now more than ever.

Some resident judges, such as at Guildford Crown Court, are taking it upon themselves to provide clearer guidance. However, it should be incumbent on HMCTS and the MoJ to set these standards and any guidance in a way that applies fairly and consistently across the criminal justice system. Only with this level of certainty can all court users navigate this complex system, at a time when the entire country is facing a public health emergency.

The Chairman of the Magistrates’ Association on 12 January 2021, when giving evidence to the Justice Committee in Parliament, suggested that junior lawyers are lying about their experiences of COVID and the Magistrates’ Courts. This warrants nothing more than a brief response: none of the undersigned legal sector workers are lying.

Crucially, we are not alone in our concerns and criticisms. In a letter written by the Public and Commercial Services Union to HMCTS on 8 January 2021, they similarly express opposition to the current HMCTS messaging on “business as usual”, note the increased numbers of COVID incidents reported amongst court staff and other court users, and state that HMCTS’s approach renders the court system itself a potential “net contributor to the levels of infections in society”, at a time when everyone else is being urged to stay at home.

On 12 January 2021, the London Criminal Courts Solicitors’ Association (“LCCSA”) also called for urgent action. They noted that “Our members report that local magistrates’ courts are once again too crowded and applications to appear remotely are being underused.” LCCSA makes a robust list of recommendations that would “enable the justice system to function far more effectively than the first lockdown but would ensure a far safer environment for those left attending court.” They critically emphasise that “[t]he current arrangements do not keep people safe and do not help protect the NHS or enable us to control the spread of infection to come out of lockdown.”

We further highlight that hundreds of court security staff, cleaners, intermediaries, interpreters and other vital legal sector workers have been expected to attend courts throughout the pandemic, often with little say in the matter. These workers are consistently and unnecessarily being placed in a position where they are forced to choose between putting themselves and others at risk, or losing out on pay and job security.

These problems can no longer be ignored

The situation in our criminal justice system at present is nothing short of dire, leading to uncertainty and confusion for legal sector workers and clients alike. These problems have been buttressed, not created, by the pandemic.

The culture in the Magistrates’ Courts of prioritising speed and targets over the fair and safe administration of justice has meant the “business as usual” approach being applied with rigidity. It has also led to repeated over-listing, resulting in needlessly overcrowded buildings for mostly ineffective hearings. Institutional racism and classism means those disproportionately represented in the criminal justice system are also those who are the least protected during the pandemic. Chronic underfunding has created a host of issues, from an ever-worsening backlog of cases to inadequate digital and administrative resources.

LSWU will continue to fight for the safety of all court users at this time, as well as for greater scrutiny of and accountability within the criminal justice system. Platitudes will not protect us, but clear and concrete changes will.

Therefore, we call upon HMCTS and the MoJ to implement the following recommendations as a matter of urgency:

Our members and allies