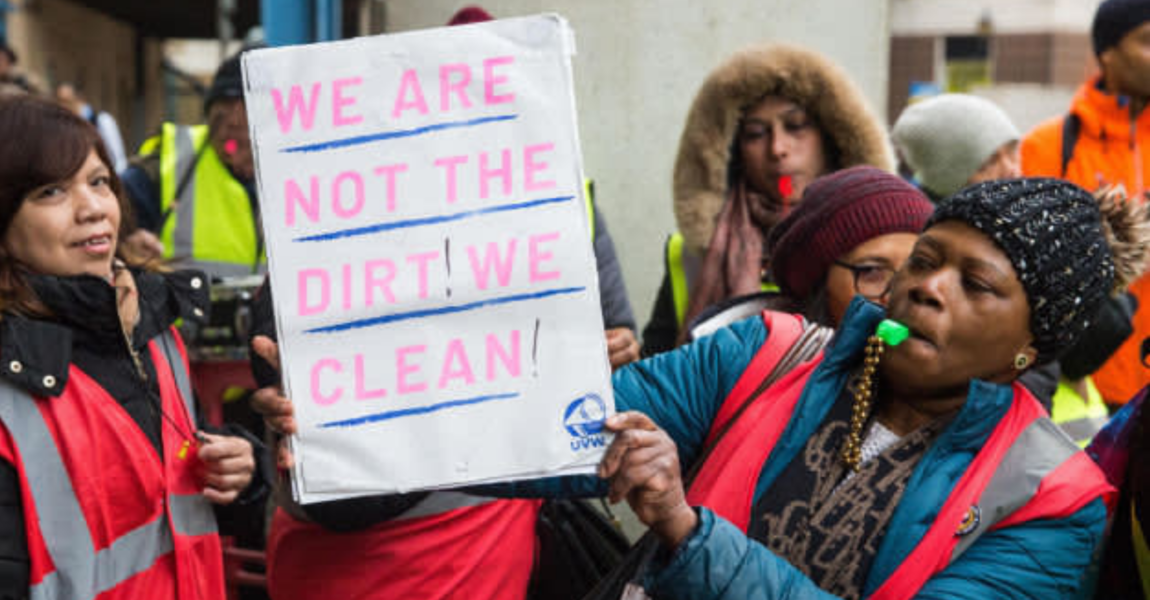 Hundreds of workers at St. Mary’s Hospital are ending their week on a high celebrating by the news that their move in-house will become permanent.

The outsourced cleaners, caterers and porters at St. Mary’s Hospital in West London, part of Imperial College Healthcare NHS Trust, and 1000 of their colleagues at several other hospitals across the Trust, became in-house NHS staff in 2020 following a historic dispute that saw a wave of strike action, sit ins, occupations and extensive media coverage. Achieving what many had said was “impossible”.

The workers had been outsourced since the early 2000s. In that time they had been employed by several contractors, and like so many other outsourced workers in the NHS, they found themselves denied the same levels of pay and T&Cs as in-house workers. Rates and T&Cs known in the industry as Agenda for Change (AfC) contracts.

But after a hard fought battle management made an offer, the workers would be brought in-house and immediately given AfC rates of pay, sick pay, and access to an AfC pension scheme, but a decision on whether to make the arrangement permanent and place the workers on full AfC contracts would be made after a 24 month trial. The workers accepted the offer.

That trial, including a review carried out in consultation with UVW, has now come to an end and in a statement made to the workers at the start of April 2021, the Trust Board and the Trust CEO, Professor Tim Orchard, announced that the move would become permanent and that the workers would now receive full AfC contracts.

Reflecting on the victory and its significance for the wider labour movement, Petros Elia, UVW Co-Founder and Organiser, said the following:

“The significance of this victory cannot be overstated. Not only will this officially end what we believe to be the long running discriminatory practice of outsourcing, it will also bring about one of the biggest redistributions of wealth in the NHS’ in recent history.  This is the start of a snowball effect to end outsourcing and with our members  recent win against outsourcing at Great Ormond Street Children’s Hospital (GOSH) we expect other Trusts will follow suit in the not too distant future and if they don’t do it willingly, our members will take them on and make them!”

You can also read about the GOSH victory here.