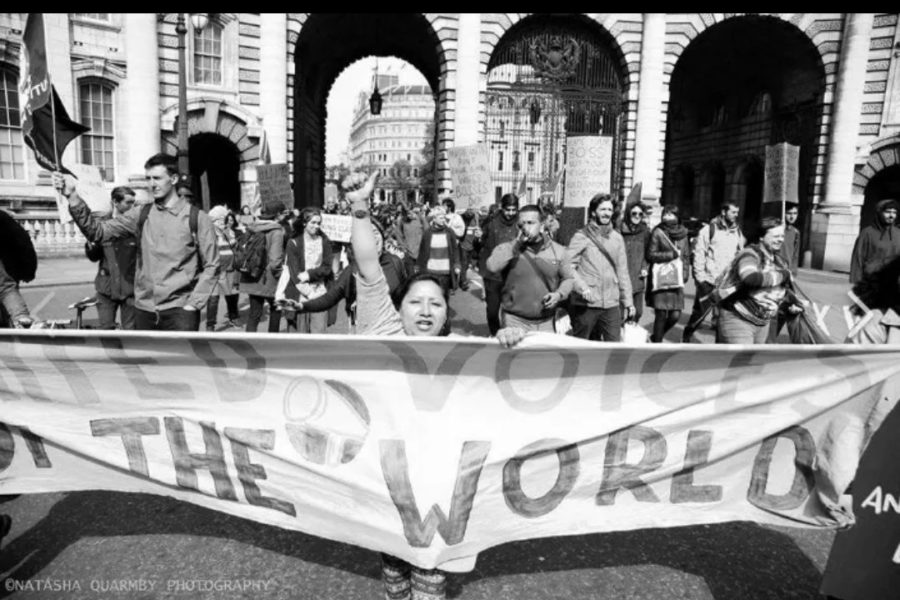 United Voices of the World (UVW) has called on all members to submit evidence in another step to “Kill the bill”, the Police, Crime, Sentencing and Courts Bill. The call for evidence will inform UVW’s response to the Joint Committee on Human Rights, JCHR, recent call for evidence. The JCHR consists of twelve members, appointed from both the House of Commons and the House of Lords, to examine matters relating to human rights within the United Kingdom, as well as scrutinising every Government Bill for its compatibility with human rights.

This latest action, following on from the 1st of May mobilisations which UVW joined as part of the “Kill the Bill” coalition, has been taken over concerns that the bill represents a mortal threat to UVW members’ right to protest and take direct action. In particular, UVW is most concerned about Article 3 of the bill which proposes changes to the law governing public assemblies, processions and one-person protests. It also concerned about proposals in Part 3 of the bill regarding the right to peaceful assembly (Article 11 ECHR) and the right to free expression (Article 10 ECHR).

UVW Co-founder and Executive committee member, Petros Elia, said, “The UVW is a direct-action union, whether in the streets or in courts. The bosses see, hear and feel our power. This is how we win. The wording of the bill is far reaching and dangerous, it gives the police the power to shut down protests which ‘result in serious disruption to the activities of an organisation which are carried on in the vicinity’ The government want to target what they call ‘unjustifiably noisy protests’. This could have a huge impact on our ability to organise protests and beat the bosses!”.

He continued “We are also a democratic, member-led union, which is why we need to hear first-hand from our members about how the bill will impact their ability to protest and picket their workplaces, I urge all our members to have their say!”.

UVW members, make sure you have your say here and share this with your all your UVW comrades!