Cleaners unlawfully suspended for exercising their trade union rights and demanding the London Living Wage and sick pay at upmarket Sotheby's were vindicated by a decisive victory.

Cleaners at Sotheby’s in plush Mayfair had won a series of demands from Contract Cleaning and Maintenance (London) following the threat of mass protests. The victory guaranteed non-toxic products, reinstatements, fairer schedules and the London Living Wage (backdated)… or so we thought!

But then Sotheby’s promptly ditched CCML and contracted Servest, who tried to sabotage the deal, hoping that UVW would run out of steam. Though back to square one, our members defied illegal threats with an incredible protest in the mid-summer of 2015 — very noisy, colourful, numbering over 100, and precisely what Sotheby’s didn’t need on the day of a blockbuster £130m art sale.

This was a rare occasion when UVW could campaign in front of the bewildered noses of London’s elite, who normally have a side entrance to scurry into. It offended Sotheby’s enough for them to “suspend” (indefinitely) four cleaners on fabricated charges. The #Sothebys4 were soon the #Sothebys2, for whom another Early Day Motion was sponsored by Alex Salmond MP following an original EDM sponsored by John McDonnell and Jeremy Corbyn (MPs).

UVW caused a further disturbance at Sotheby’s classic car auction in September 2015, and organised several other carnivalesque protests too, It was confirmed in early 2016 that ALL outsourced workers at Sotheby’s, including cleaners, caterers, porters and security guards would receive both the London Living Wage and contractual (much improved) sick pay. This big splash sent ripples far and wide… 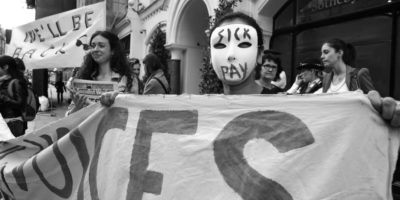 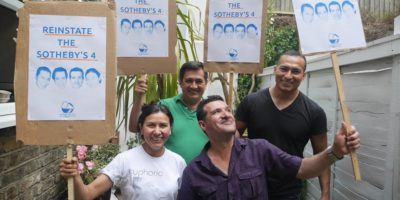 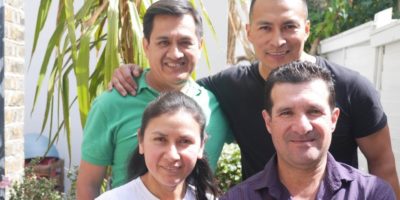 Support the campaign to reinstate the “Sotheby’s 4”