In an unprecedented campaign and historic victory, 1,200 cleaners, caterers, and porters were made direct employees of Imperial College NHS Trust after one of the longest NHS strikes in history!

For years the cleaners, caterers and porters at St. Mary’s Hospital in West London, one of London’s biggest hospitals and part of one of the country’s biggest NHS Trusts, Imperial College Healthcare NHS Trust, had been treated appallingly by French multinational Sodexo.

They were outsourced onto poverty wages and were regularly underpaid or not paid on time. They received either little to no money for working extra time or for working on public holidays such as Christmas and they were left to work in dirty uniforms and without proper vaccinations due to Sodexo’s penny-pinching ways.

Many of them lacked full pay sick pay and received only the statutory minimum of sick pay, a paltry £19.17 per day with no money for the first 3 days of illness. They also had to contend with gruelling and unsafe workloads and managers who abused them with impunity.

But in October 2019 that began to change. As a group of 200 workers went out on what would go on to be one of the longest strikes in NHS history. Their demands were simple, to be made direct employees of the NHS and to enjoy the same pay and rights as other NHS staff.

They were told by management that this was impossible. But after just three days of striking they won what they had also been told was impossible, the London Living Wage. But these workers would not allow themselves to be bought off, they persevered.

They overcame illegal sackings and intimidation by Sodexo managers and went on to take bold direct action and further strike action to push home their demands. They occupied hospital corridors and on the 9th and final day of strike action stormed an executive board meeting to finally make the NHS managers who had outsourced them listen to the horrors of working for Sodexo. This action and the workers’ commitment to an all out indefinite strike if their demands were not met finally brought management to the negotiating table and eventually led to successful negotiations between the Trust and UVW.

The victory was a historic turning point in the history of labour relations in the English NHS. Marking the first time outsourced workers had successfully ‘done the impossible’ and forced an NHS Trust to make outsourced workers direct employees of the NHS. The victory resulted in 1,200 workers across five hospitals being made direct employees of the NHS with each of them receiving a minimum pay rise of £10,000 and vastly improved terms and conditions of employment. But despite this victory these workers are not done yet. They are now ready to spread the word about the power of strike action and are set to inspire other UVW members to also demand the impossible!

“We have been working so much overtime. We don’t want to do it but they push us to the limit. There is no escape. Always we have to do what they want. Managers, they never do anything about anything. They always say it is our fault.”

Fight for your rights: the trade union for outsourced workers 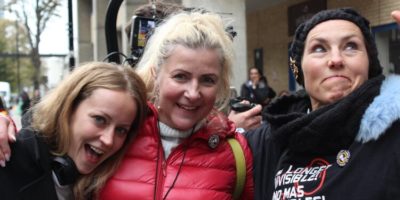 “Well if they can do it, I can do it”: An interview with Filmmaker Hazel Falck 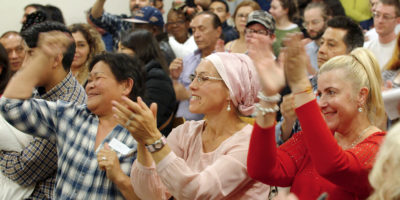 A historic first which ended outsourcing at one of the largest NHS Trusts in the country.