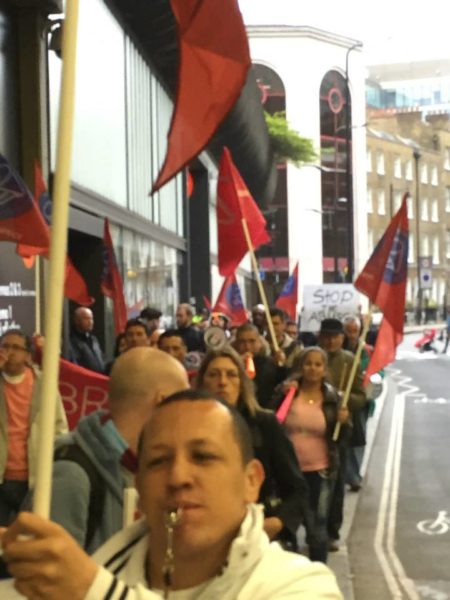 The cleaners at the Barbican Centre, who are members of the trade union United Voices of the World, recently submitted a collective demand for the London Living Wage and contractural sick pay. In response, MITIE sent in the head of Employee Relations and told the cleaners that if they participated in a protest they would be dismissed. In defiance of such threats and attack on their human rights, the cleaners courageously called a protest on Saturday 25th April attended by over 60 people armed with flyers, flags, drums, megaphones, air horns and vuvuzelas. UVW members from sites such as the British Musuem, the LSE University, Prudential, Sotheby’s, M&S and Topshop were in attendance and fantastic solidarity was shown from representatives from SOAS University Unison branch and from Unite Hotel Workers Branch.