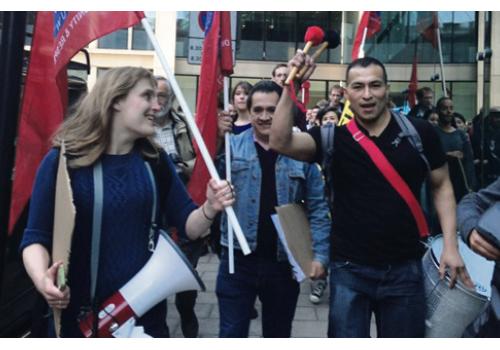 Barbican Occupation in the Press

The newspaper the Islington Tribune reports on our, supported by PWB and OSEA, recent occupation/protest at the Barbican. A spokesman from the Corporation of London says they would have liked to have paid the the LLW sooner but gave no reason as to why they didn’t. That is unacceptable. We will fight until they backdate it to 1st November 2014.