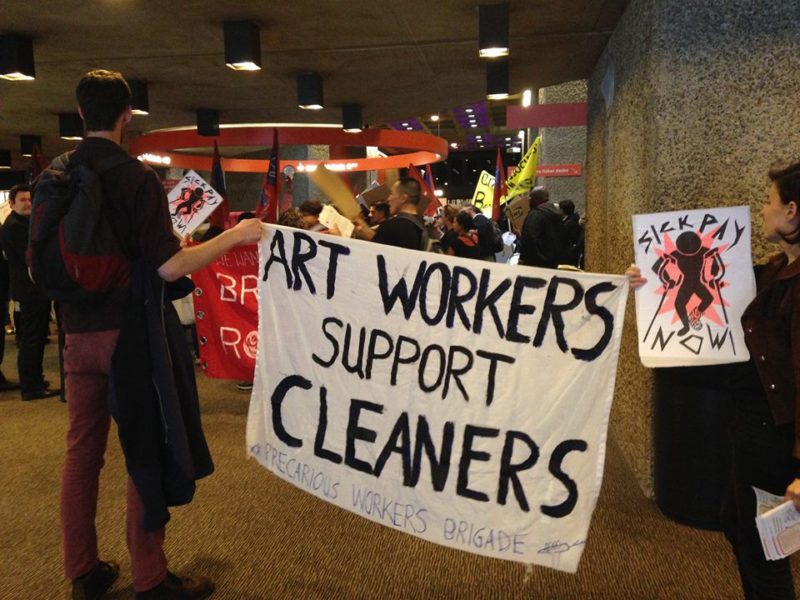 In the last years we have seen interns, cultural workers and cleaners campaign against the precarious conditions they respectively experience in the cultural sector. Campaigns against unpaid internships, underpaid and short term art project gigs and outsourced below-Living Wage jobs have sometimes been successful and share tactics (eg naming and shaming of institutions) – but rarely are these struggles coordinated or connected. In this meeting, which we hosted together with the Precarious Workers Brigade, we discussed how workers in cultural institutions could connect with each other in solidarity and what they could learn from each other in terms of organising and protest tactics.

We screened the short documentary ‘Waging a Living in London’ that portrays the Barbican’s cleaners successful fight for the Living Wage in 2013. Sadly the cleaners had to pick up protest again as the Living Wage is not yet actually been paid.

This was followed by a lively discussion hosted by the Barbican cleaners, their union United Voices of the World, and Precarious Workers Brigade. Together we came up with lively ideas for a joint occupation of the Barbican at the next weekend.