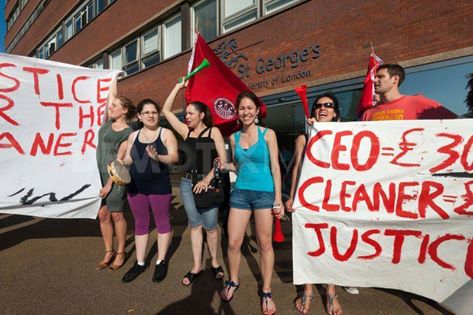 After a gruelling six month battle with management we have secured the re-instatement of Maria Fernanda, UVW’s shop steward at St George’s University, who was sacked on the back of a bunch of lies by the cleaning company Ocean. Maria is the second from the right in the picture holding the banner after we won the London Living Wage at St George’s in May 2012.

UVW is in currently the midst of a new dispute with St George’s over bringing the cleaners in-house, a move which would almost be unprecedented and of huge significance for all those fighting the pernicious practice of outsourcing. 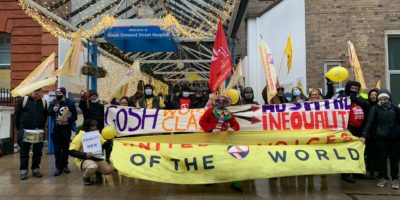