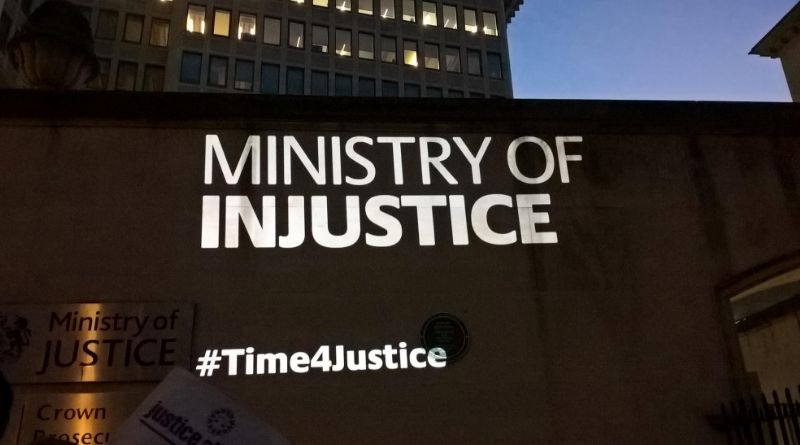 UVW’s strike ballot results for the security guards and receptionists at the Ministry of Justice (MoJ) are in! There was a 100% turnout with a 100% YES vote to go on strike. This is a historic result.

The cleaners at the MoJ, also represented by UVW, already have a live ballot with a 100% YES vote. They took 3 days of strike action in August, and will now be able to walk out again as a united outsourced workforce, including the security guards and receptionists.

As outsourced workers they are treated as a second class workforce, and are only entitled to the statutory minimums. This means that while their in-house counterparts may receive up to 6 months of full pay in poor health (dependent on years in service), outsourced workers will only receive £18.41 per day after the fourth consecutive day of illness regardless of years in service.

In addition to equal sick pay rights, they are demanding the London Living Wage (£10.55), and annual leave allowances in parity with civil servants (35 days + 5 bank holidays).

Significant parliamentary support for the fight for justice at the MoJ has been mounting as the Shadow Justice Minister, Richard Burgon, as well as the Shadow Chancellor, John McDonnell, have both attended pickets and protests in support as well as raising the issue directly with Tory Justice Minister David Gauke. Katherine West MP has also raised the issue in Parliament, whilst Roger Godsiff MP tabled an Early Day Motion in support.

David Gauke should be ashamed of himself for forcing the entire outsourced workforce of his ministry to strike for the most basic pay and rights.