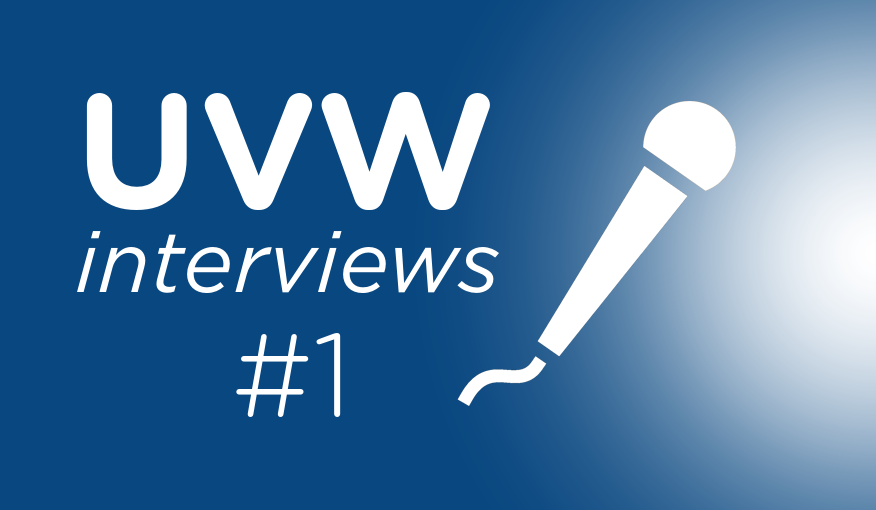 Debra is a migrant legal professional whose immigration status has been in flux for the past decade. She studied in France and Illinois/Virginia, USA, then worked for an NGO in Nepal, and since 2009 has pursued a diverse legal career in London. In 2019, she is proud to be instrumental in the formation of UVW’s Legal Sector Workers United.

Welcome to UVW and LSWU, Debra. A big thanks for being our very first interviewee! Can you sum up why you joined LSWU and are volunteering your time for the cause?

LSWU is made up of some of the best and most active people I have met in a long time. I believe fundamentally in justice, and will fight for it no matter the professional consequences. And now I know that if any union can make it happen for the legal sector, this is the one.

Law is about fairness. Why do many in our industry struggle to pay rent while others have multiple houses? Such disparities only make sense from the narrowest minority-held perspectives. How can those in positions of power be shamelessly maintaining and even exacerbating injustice for others in the sector — based on race, level of experience, socio-economic status, age or gender?

Why should paralegals, clerks, assistants and secretaries take on the brunt of client-facing work — the stress of difficult personalities, phone calls outside of hours, constant demands from all angles, the balancing of boundaries and priorities — all while struggling to pay bills? Then, the added insult: if they raise serious concerns about working conditions, they are efficiently silenced.

Almost 90% of UVW’s membership are migrants. In your experience, how are migrants more susceptible to exploitation by the legal sector in the UK?

Most support roles in the legal sector, from cleaning to catering, are performed by migrants on low wages who typically lack the generous terms and perks enjoyed by white-collared workers in the same workplaces. Language barriers are frequently used to justify exploitation and at times, permit xenophobia towards people who are absolutely vital to daily operations and office morale. Their efforts often go unnoticed and, due to their immigration status, many endure unsuitable roles just to continue to remain in the UK.

Employers are often insufficiently regulated, causing many migrant workers to bear the burden of unfair and discriminatory immigration policies, such as unannounced checks and raids of high street offices. It can also mean precarious work, as migrant workers are often managed by bosses coming from the same home state. Family ties, links to their state of origin, and requisite gratitude pave the way for abuses.

Low pay, excessive overtime and familial work cultures require many to be always on call for their employers. Pressure on these migrants can increase rapidly when bosses discover that employees have acquired the right to apply for settlement (and thus for other jobs). In short, migrants stand to gain a great deal from organising.

On the other side of the coin, what are some examples of exploitation where outsiders might not expect it?

I knew a junior who spent two days non-stop with the family of a detained asylum seeker at risk of deportation back to the persecuting state (all due to errors committed by the Home Office!) This case required working with a very distressed contact, self-funding international phone calls and hardly any breaks. Little supervision from senior colleagues was made available, despite the case being high profile and the urgency of required actions.

In theory, juniors who are contracted should feel able to refuse work if exhausted or unwell. The reality, however, is that to continue working in law, any work offered must be accepted and completed. Juniors are also generally expected to be the first ones in the office and the last ones to leave, although this is a social contract and not a written one.

Another junior acquaintance wrestled with over 100 cases simultaneously to meet targets post-qualification. Often, juniors are tasked with administrative duties which are not part of legal education. It often feels more like an initiation process than a necessary assignment of duties.

It is recognised that the profession does not do enough to offer appropriate support to junior members, who are expected to undergo a right of passage to ‘make it’ in the profession. Even still, once having ‘made it’ the working conditions often remain barely tolerable. The self-employed/contractors are required to work extra hours and pick up all available shifts without the benefit of paid holidays or guaranteed income, whilst employed workers have consistent hours and secured income — but similarly, no flexibility in meeting their difficult targets.

What was your job in Nepal?

I worked for Peace Brigades International, an NGO, which allowed me the privilege of working with threatened human rights defenders as an international accompanier. Our role was to give them space in which to do their work despite threats and risks to them and their families. Disappearances by state forces, in particular, meant that lawyers felt limited by the type of work they could undertake unaccompanied.

I was inspired by these individuals and believed them when they told me that our presence reduced their levels of stress and allowed them to be more proactive in pursuit of justice. I am still in contact with these incredible people. Their stories, and the conflict victims I was introduced to, led me towards my current career path. They were, and always will be, my inspiration.

It must have come as something of a shock to then be in London jockeying for various positions, with austerity biting and crime on the rise.

Yes, it was. I’d always thought once I had a law degree, there would be opportunities. Still, even with a Masters in Law, it was a struggle to find suitable employment. I began by advising clients at the point of arrest. Advising in police stations and getting people released without charge turned out to be one of my favourite things to do, despite friends not understanding why I had to leave in the middle of a birthday party or take a call during dinner.

I actually enjoyed the calls from police officers at 11pm or 2am (or 4am!) when they’d say ‘you have a client at X police station, when can you get here?’ When I was lucky, they would also tell me the possible charges they sought to prove, and I might have up to 45 minutes to prepare the case en route.

Some police stations would do all they could to delay interviewing the defendant and minimise disclosure, because I was a ‘newbie’. Often my clients would have been in and out of the criminal justice system all their lives and understood that the police would likely attempt to interview them off record, forcing admission of guilt through some line of questioning. The number of times I had to call officers out and tell them their behaviour/questions were oppressive or inappropriate was as frequent as the number of interviews I attended.

How would you sell the idea of LSWU to legal workers?

Senior barristers have told me: ‘Follow your gut … Fight when you know it is right.’

Others have told me to stop pursuing justice in the workplace, because it ‘could jeopardise my career’.

The levels to which some are exposed to sexual advances by seniors in the profession is often tolerated and occasionally protected, due to some individuals’ sheer legal intellect and a desire to prevent discrediting of the profession or firm. LSWU could change all of that.

There must be greater equality of arms. The privileged should look after the most vulnerable within the profession. Just because ‘we had to suffer it’ doesn’t mean there is less imperative to improve things for those who follow.

LSWU will face challenges. However, we are an ambitious, committed, diverse group that will expand fast, speak as a single voice and enjoy massive solidarity. Collective bargaining is our right, and using it can only be to our advantage. I believe that our first major victory will unsettle industry leaders, because in the UK legal sector, what we are attempting is unprecedented. LSWU is ready to demonstrate the strength of numbers, and prove that we’re in this to win again and again, with no conceivable limits.