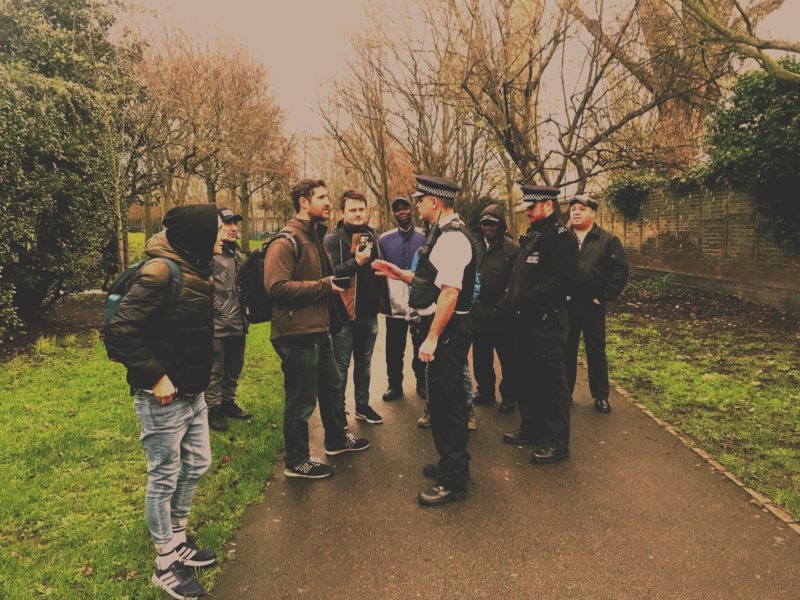 St. George’s, University of London (SGUL), was rocked by a second week of strike action today as security guards entered into their 3rd day of strikes as they continued their struggle to be made direct SGUL employees.

The strike took place amidst an ongoing campaign of repression by the Metropolitan Police and management at both SGUL and St. George’s University Hospitals NHS Foundation Trust who have repeatedly sought to criminalise lawful trade union activity by misinterpreting Section 119 of the Criminal Justice and Immigration Act 2008. Something which on the 13th of January led to SGUL management being roundly condemned after it resulted in the unlawful arrest and false imprisonment of Franck Magennis Head of Legal at United Voices of the World (UVW) on secondment to the union from Garden Court Chambers.

The level of police repression increased today as workers and trade union officials were not only threatened with mass arrest under Section 119 but threatened with arrest prior to picketing and whilst also being off site. These harsh tactics have increasingly drawn condemnation from other trade unions, community groups, Constituency Labour Parties and individuals; with a letter of solidarity condemning the medical college currently standing at 46 signatories. Speaking on the picket line whilst surrounded by police officers, Sakina Sheikh, Labour Councillor and Labour Candidate for the London Assembly, said the following:

“St. George’s must do the right thing and negotiate with these workers; there are no excuses which can justify outsourcing them on atrocious terms and conditions. They deserve proper sick pay and meaningful employer pension contributions. They shouldn’t be forced to come into work when they’re sick or injured and they most definitely should not be criminalised by management at St. George’s for lawfully picketing. This criminalisation needs to stop and, management must come to the negotiating table today”.

Cyril, one of the striking workers, said the following: “All we’re asking for is equality, why shouldn’t we get sick pay? How can we not receive sick pay at a medical university?! This isn’t fair, St. George’s should do the right thing and bring us in-house, instead they ignore us and call the police, this isn’t right”