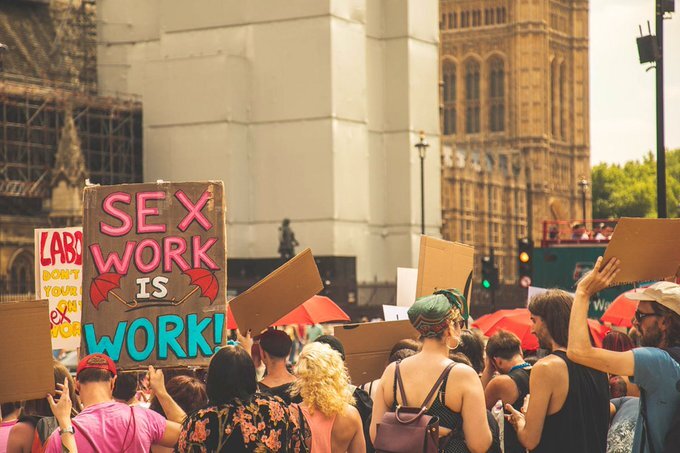 UVW and Decrim Now are celebrating after a judge at an employment tribunal ruled that dancers in a London strip clubs Browns and Horns have worker status. Until now, dancers were misclassified as ‘independent contractors’, which means they had no access to even the most basic rights at work. The new ruling now opens the door for dancers to claim workers’ rights such as paid annual leave, a guaranteed pay for all hours worked, the right to take maternity or sick leave without the risk of termination, protection against workplace harassment and the right to organise through a trade union. The club owners defended their claim that the dancers were not workers, but the tribunal rejected this claim.

Decrim Now and the union work in close coalition, alongside other feminist groups, to campaign for worker status for all eligible dancers.

Sonia Nowak, the claimant in this case, said:

“I’m really happy about the ruling. I hope this is a great beginning for all dancers, who will now see that we can fight for our rights. In the current system, we followed club rules and instructions, but had no rights or protections. For example dancers had to pay a fine for missing a shift if they were ill or had no childcare and on bad days, dancers paid more in house fees than they earned in a whole shift. Accepting we are workers means that we can have the same rights as people in all other industries.”

“This is a significant victory for the strippers union and all workers in the gig economy. Our members, organising in strip clubs and pubs across the UK, are delighted by the ruling and inspired to increase their unionising efforts. We look forward to working together with the club owners on implementing the small adjustments that would make Browns and Horns the first workplaces where dancers have proper rights at work.“

“Decrim Now is delighted by this verdict – it is our first big victory for our legal strategy. Decrim Now has always seen sex workers’ struggle for decriminalisation and safety as intertwined with workplace organising, and this verdict shows that when we organise, we win. Sex workers deserve workers’ rights like all other workers, and these demands are increasingly unignorable“.

“This victory is so inspiring. Sex workers and other women are working together to create the Sex/Work Strike on International Women’s Day, and to get this affirmation that sex workers are entitled to workers’ rights in the final days before the strike will light a fire under our organising. With sex workers organising to claim  rights such as maternity pay and protection against workplace sexual harassment, it should be clear that the struggle for sex worker rights is a workers’ rights struggle and a feminist struggle“.

United Strippers is a branch of United Voices of the World (UVW), a trade union organising low waged, migrant and precarious workers across the UK. In 2016, the union became the first trade union to force a UK university (the LSE) to bring the entirety of its outsourced cleaners in-house, and in 2020 it became the first trade union to force an English NHS Trust to in-house all 1000 of its outsourced cleaners, caterers and porters.

Decrim Now is a coalition of sex workers, human rights activists, trade unionists and feminists dedicated to improving the lives and working conditions of all sex industry workers in the UK.