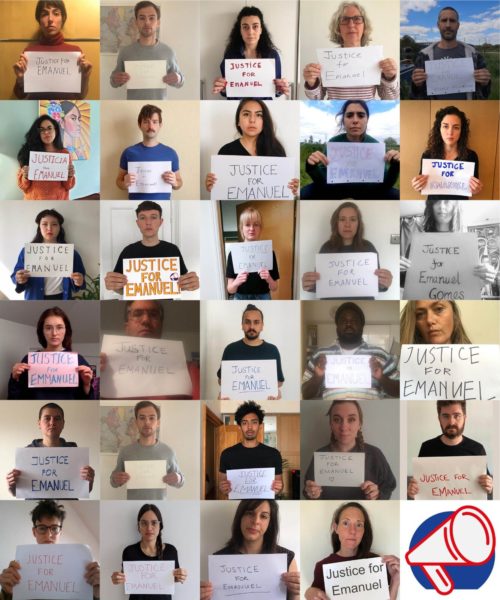 Following the tragic death of UVW member Emanuel Gomes who worked as a cleaner at the Ministry of Justice, the Public and Commercial Services (PCS) Union’s National Executive Committee has given their full support to UVW members at the MoJ who are currently working under very unsafe conditions without occupational sick pay.

PCS is the sixth largest trade union in the United Kingdom. Most of its members work in UK government departments and other public bodies, with many civil servants working at the MoJ represented by PCS.

In the true spirit of trade unionism UVW and PCS will be joining forces to fight for the appropriate health and safety measures to be put into place, for full sick pay, and for Living Wages.

“I am proud that the PCS Union and the UVW are working together to improve the pay and terms and conditions of our members in OCS who work on Ministry of Justice (MoJ) contracts. Of course the disgrace is that MoJ let contracts with minimum standards. They could easily afford to have contracts that mandate the real living wage, full sick pay from day one etc. They don’t because of a deliberate policy choice.

Therefore whilst we will campaign together in OCS we also must campaign against MoJ seeking to get them to pay staff properly.

The ultimate aim of course is that all those who work on MoJ OCS contracts should be brought in house and be civil servants and have the same terms and conditions as so-called core staffing. If this crisis has proved anything it is that cleaners, security guards are vital workers and they should be treated and paid accordingly.”