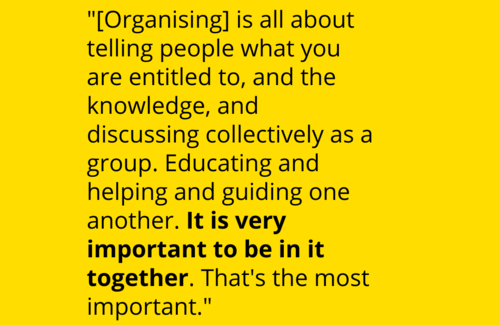 On September 14, Cetin Avsar, a UVW member at St. George’s University of London (SGUL) spoke at the “Forging a fighting workers’ movement” panel at The World Transformed 2020. Cetin talked about the campaign at SGUL, their demands, next steps, and how to organise with workmates and supporters at the university.

Cetin talks about the appalling terms and conditions while outsourced to Bidvest Noonan and the bullying, harassment and micromanaging he and his colleagues have to endure. Compared to SGUL staff, outsourced security guards get only 3 weeks sick pay rather 6 months, 2 weeks less annual leave, 3% instead of 16% pension contribution, and no extra pay for working unsociable hours. He joined UVW because he needed representation with a disciplinary hearing, but he goes on to explain how he organised his coworkers with UVW’s support, guidance and knowledge.

The goal of the SGUL campaign is for security guards to be brought in-house and to be treated with equality, dignity and respect. Cetin describes how outsourcing employees to Bidvest Noonan is SGUL’s way of dividing the workforce, where they are treated differently from the rest of the staff.

In terms of next steps for the campaign, Cetin explains how members at SGUL are preparing to discuss and vote on whether to go back on strike. He is “sure we will all vote to strike again, and that the campaign will be successful”.

When asked how to get workmates involved and how to organise at work, Cetin points to two factors:

Cetin is clear that, “it is very important to be in it together, that’s the most important – because if you aren’t together you can’t achieve things like this.”

To finish off, Cetin talks about how UVW members at SGUL educated the staff and students at the university about their conditions, and how raising awareness helped with support for the strike.

In fact, since the security guards went on strike in January 2020, fifteen cleaners at SGUL have joined UVW.  Cetin says that, “they were not aware of what they were entitled to, and once they saw that we were fighting for respect and to be treated fairly, they jumped on with us and joined UVW.”

If you missed the full panel, you can watch it here.

If you want to help Cetin and his colleagues prepare for their next round of strikes, join the Solidarity Network today and stay up to date on upcoming UVW actions. 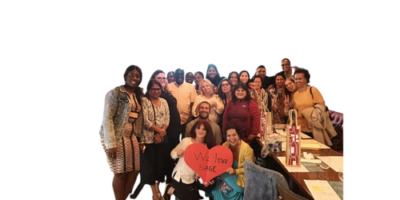 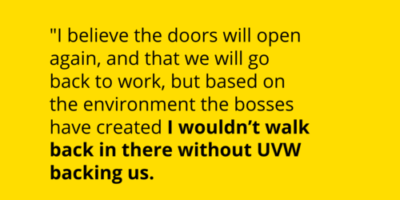