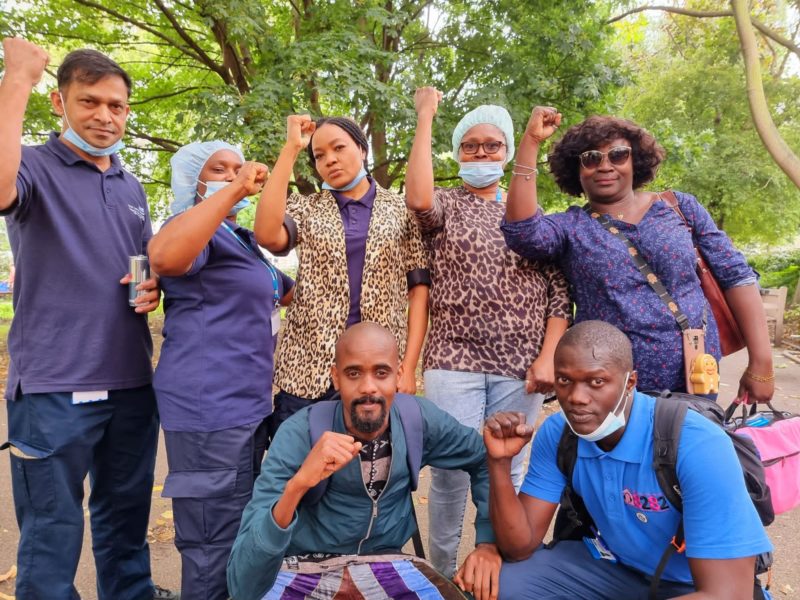 “We won the fight because we voted yes for strike and GOSH gave in to us.”

Having already won a string of concessions, such as NHS pay, sick pay, pensions last year in an historic fight to end outsourcing, workers then found out that GOSH had failed to give them full NHS parity.

Members of UVW vowed to continue fighting in a campaign that saw a wave of support from domestic workers and medical professionals from around the country.

This week, amidst mounting pressure from the workers for strike action, which saw a 97% ‘yes’ vote, GOSH announced their commitment to bringing the cleaners up to full NHS ‘Agenda for Change’ terms and conditions, paving the way for full equality.

While the members welcomed the commitments made by GOSH and said they were willing to abstain from strike action at this point, they also warned they would not hesitate to walk out if GOSH reneged on any of the commitments being made.

Gora Diop, a cleaner at GOSH since 2017 and the first member to have joined UVW has seen the membership mount to over 150 workers at GOSH including cleaners and security guards. He said: “We’ve been fighting with the help of the UVW to be treated equally in the NHS. We won the fight because we voted yes to go on strike and GOSH gave in to us.”

United Voices of the World is a small member-led union. Its members are mostly low paid, precarious workers, mainly Black and brown and migrants. Many have been drawn to UVW’s grassroots ethos which puts workers at the forefront of collective action and is seen to  intersect with anti racist struggles in the UK and beyond.

UVW organisers hailed the news as part of a wider move to mobilise ancillary workers in the health sector who face increasingly tough conditions and who have become increasingly inspired by member lead trade unionism.

“The UVW has done a great job for us to have full equality,” said Diop. “All workers in the UK can do the same as us by joining the UVW to get better terms and conditions.”