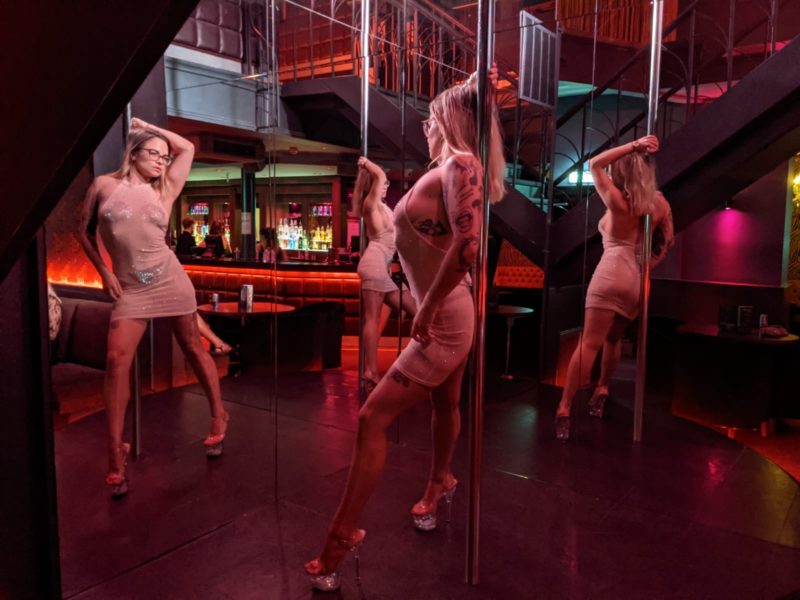 “Our livelihoods and safety have become collateral damage to a debate over the morality of sex work, where sex workers are consistently denied a seat at the table.”

For the past few months, sex workers in Bristol have been leading a campaign against the closure of the city’s two strip clubs. The number of licensed sexual entertainment venues (SEVs) in Bristol stand to be cut from three to zero, under a proposed ‘nil cap policy’ say UVW members. They say the move comes after years of campaigning by groups determined to close down strip clubs based on unsubstantiated claims that they are causes of gender-based violence.

If the policy is implemented, both existing strip clubs will be unable to renew their licenses next year. Over 100 workers, from cleaning staff to dancers, will either be forced out of work, or forced to work in underground venues, without the strict regulation and security offered by licensed premises. The new policy would also prevent new clubs from being granted licenses, limiting future employment opportunities for women, LGBTQIA+, minority and disabled workers within Bristol.

Following the introduction of section 27 of the Policing and Crime Act in 2010, which reclassified strip clubs as SEVs and granted local authorities increased power over zoning, licensing conditions and renewals, a number of councils have implemented a blanket ban on SEVs. Bristol City Council is the largest city so far to consider this nil cap policy, despite a previous public survey released in 2018 showing over two thirds of Bristol residents are unopposed to the current licensing of the clubs.

The workers of the two clubs were blindsided by the council, and have been kept on the fringes of a lengthy and opaque licensing process. Having to deal with both the financial consequences of being unable to work during the pandemic, and facing a precarious future where we may have no work to return to, due to a process in which we have no voice. Our livelihoods and safety have become collateral damage to a debate over the morality of sex work, where sex workers are consistently denied a seat at the table.

As workers we deserve access to safe workspaces where we can organise collectively to advocate for our safety, enter bargaining conversations with our bosses, and access trade union representation. We should be consulted on any new policy that will affect our access to our rights at work, and our experiences and input should be considered and valued in the process. Most importantly, as workers, our rights and safety at work should be protected, not discarded.

Policy makers are aware of structural inequalities, the impact of low Universal Credit and benefit rates, the burden of childcare and education, that preclude sex workers from simply exiting sex work and finding another job. If Bristol implements the nil cap, we will be forced to choose between working in unregulated and unprotected spaces within Bristol, being displaced from our communities to find work outside of the city, or risk being pushed into poverty. It will set a dangerous precedent enabling anti-sex work campaigners to push for the further reduction and criminalisation of sex workers rights at a national level.

The sex workers of Bristol need your solidarity and active support

We need as many responses to the consultation opposing the nil cap as possible, in order to keep our workplaces open and demonstrate to the licensing committee that workers should be at the centre of any decision affecting their rights.

The consultation will remain open to responses until 19 December. While anyone can, and should, respond to the public consultation, greater weight will be given to responses from within the vicinity of the two strip clubs, or within Bristol.

View the BSWC guidance on the consultation.