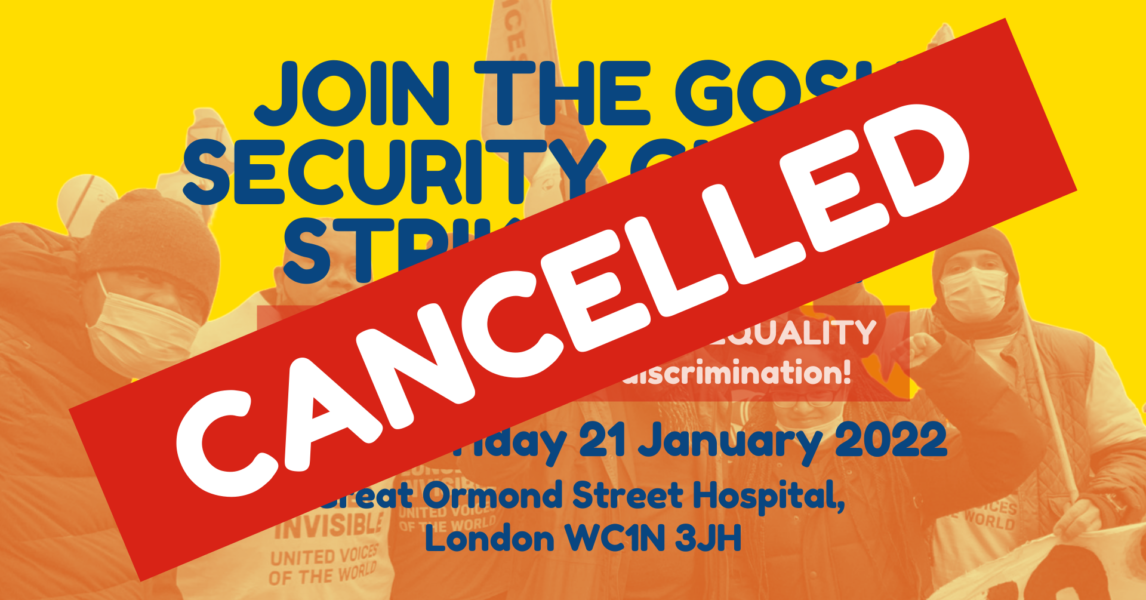 The security guards at Great Ormond Street Hospital (GOSH) have decided in good faith to postpone their planned strike, following last minute revelations that the board  of Trustees are considering a package of improvements to their terms and conditions. The strike action was due to start on January 18.

A last minute meeting held by the guard unanimously decided to give GOSH bosses one last chance before resuming strike action in two weeks, in the hope that the dispute can be resolved in the interim. But if there are no concrete proposals from the hospital, they will go ahead with their six-week strike from Thursday 3 February 2022.

As a result of the workers’ decision, the picket lines on January 19 and 20 this week, as well as the rally on Friday 21 January, have been cancelled.