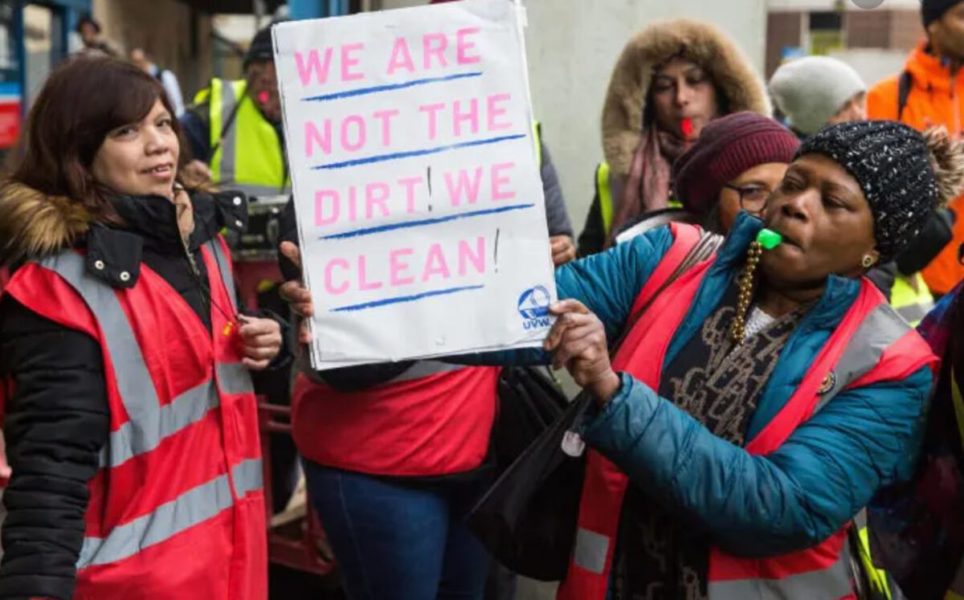 A salute to the sisters on International Women’s Day

Women are at the heart of United Voices of the World’s fight for dignity, equality and respect.

More than half of our members are women. They come from 110 countries. They are cleaners, security guards, sex workers, social carers, waiters, charity workers, bus drivers, key workers… They all have something in common: They are fighters. A diverse group of UVW women command the battle against bosses, win campaigns for better terms and conditions in their workplaces, for women and men alike, and are at the forefront of strikes. Without women’s rights there are no workers rights!

Much has been achieved by women since the struggle for women’s rights began to take shape in the late 1800s, but gender equality is nowhere near us yet. There is a concerted attack against our hard-earned rights and every woman at UVW knows that we can’t rest on our laurels. Without women’s equality there can’t be human equality.

UVW women are leaders in their workplaces and communities. They struggle for equality with fierce determination and direct action.Together we call out the sexism that puts women at a disadvantage at work and at home, and threatens us with violence in our streets. We speak out, we organise, we rally, we strike. Being part of a union like UVW where women are leaders and comrades is our way of resisting patriarchy, supporting each other and keep pushing for our rights.

On International Women’s Day, we salute all the women leading our struggles for a more equal world within UVW itself and across society and the world.

We encourage everyone to join the various rallies to be held in London in the next few days to demand gender equality and an end to violence against women.