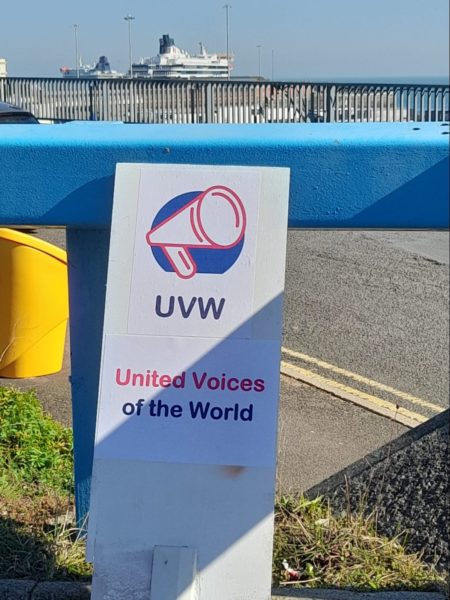 Solidarity with P&O Ferries’ workers and their families

“This month, like thieves in the night P&O ferries sacked 800 workers by pre-recorded video message, causing chaos, wrecking lives, leaving passengers stranded & aid cargo at a standstill. They even had security guards with handcuffs at the ready. UVW members went to Dover to stand with the seafarers & their families.

The government’s proposed solution to prevent a repeat of this unforgivable conduct is to produce a Statutory Code of Practice. This is utterly meaningless as it will do nothing more than tell employers to do what the law already required them to do, and which P&O bosses said they knew they had to do, but nonetheless chose not to do it. They’ve also allowed for workers to claim up to a maximum of 25% additional compensation on top of the measly amounts currently available for any breaches of the Code.

Needless to say that neither the Code nor the uplift in compensation would have stopped P&O from doing what they did, nor will it stop other employers from copying them.

The Tories have done a pretty good job at presenting this response as a serious crackdown on unscrupulous employers which they’ve been able to get away with in large part by cleverly burying their farcical assessment of the problem and facetious solution to it in barrels of feigned shock and indignation.

But we are not fooled, instead, this is a powerful reminder of why we cannot rely on Governments to change our lot as workers, and why we must continue to build worker power from the bottom up!”