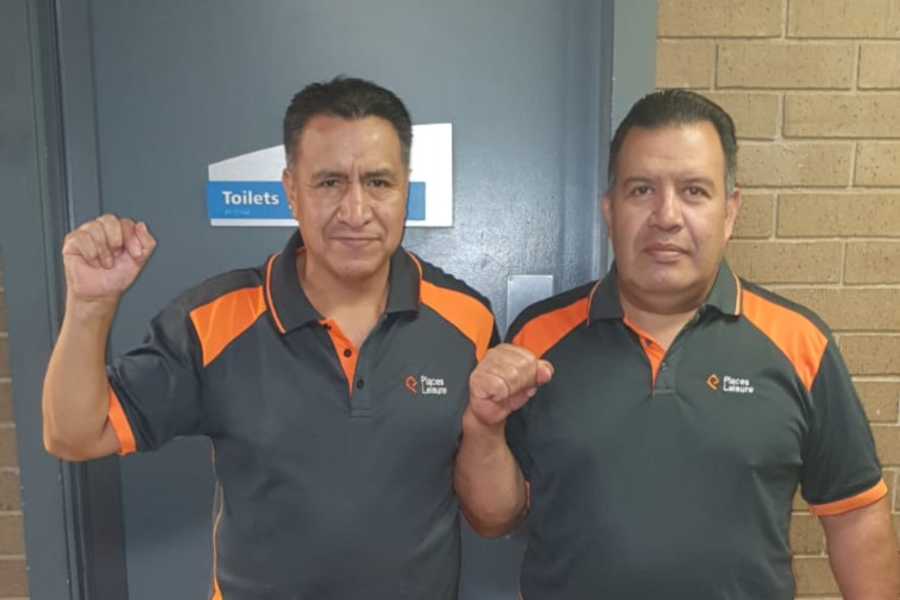 Bolivian migrant cleaners at the Latchmere Leisure Centre in Battersea, south west London have applied to the Central Arbitration Committee for statutory recognition of UVW as their union.

The cleaners, who are currently being paid only pennies more than the minimum wage, are demanding a pay rise to the London Living Wage (LLW). They are also only currently entitled to statutory sick pay, the legal minimum, and are demanding a full sick pay scheme.

RPI inflation was 11.8% in June and is forecast to go even higher in the autumn. With the price of everything rising, it is becoming harder for our members to make ends meet. Especially for those already on poverty wages before the cost of living crisis hit.

Juan Jiménez Yanez, one of the cleaners and UVW members, says: “We, the workers of Latchmere Leisure Centre, are almost on the minimum wage and we are asking for a pay rise. We want the London Living Wage and we ask for the support of all our fellow workers to support us in our cause. Keep up the fight comrades!”

The leisure centre is owned by Wandsworth Council, who pay £3.7 million a year to Places for People Leisure Management (PPLM), to manage the council’s leisure centres on their behalf. PPLM are being paid £22 million by the council over the lifetime of the contract, yet are not paying their cleaners, who play a vital role in the leisure centres, a living wage.

PPLM’s parent company, Places for People (PfP) is one of the UK’s largest private housing associations. PfP has over £4.9bn in assets and acts as a landlord for more than 220,000 owned or managed homes. PfP manages 108 leisure facilities across the country.

PfP made a profit before tax of nearly £80 million last year and has over £700 million in reserve, yet only pays cleaners at Latchmere 5p more than the £9.50 minimum wage.

This will change in September 2023 when the leisure centre management contract is renewed, as the incoming council administration have said outsourced workers in the borough will get the LLW when new contracts are signed, but this does not help the Latchmere cleaners now.

Simon Hogg, leader of Wandsworth Council, told the council website: “There is no moral justification for paying people less [than the LWW], especially at a time when household bills are going through the roof and families are struggling. Any company that tenders for a council contract will need to guarantee that their workforce is paid the [LLW] as a minimum.”

Instead of waiting till September next year, the Latchmere cleaners are standing up for themselves now. They are demanding a living wage, an occupational sick pay scheme with full pay for the first two months and for UVW to be recognised as their union.