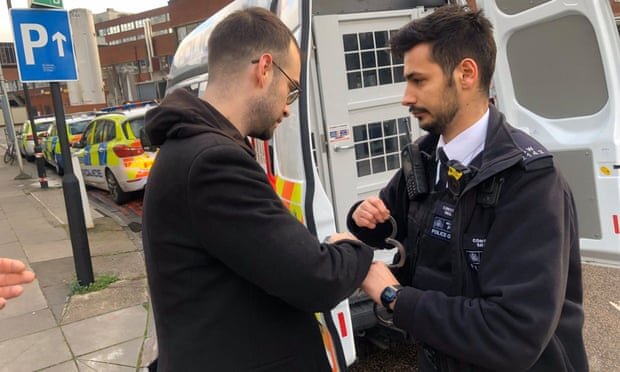 The Met issued a written apology and paid £3,000 in compensation to Franck Magennis, a barrister at Garden Court chambers and former head of UVW’s legal department, for arresting him while on a picket line outside the St George’s University Hospital in south London on January 13 2020. The police turned up in large numbers, distributed leaflets on behalf of the university to dispel the lawful picket and threatened the workers and union officials with arrest unless they left the campus. They detained and handcuffed Magennis when he enquired about the legal basis for the warning.

In the apology, signed by Inspector Andy O’Donnell of the Directorate of Professional Standards Civil Actions & Inquests, the Met apologised to Magennis, for “the way you were treated when you were arrested, put in handcuffs and searched”, and said “the level of service has fallen below the requisite standard”. The apology concluded: “I would therefore like to express my regret for the distress that you have suffered as a result of this incident.” (Link to letter of apology, below)

The police also agreed to pay UVW £2,000 in compensation after it aggressively dispersed the picket under threat of arresting striking workers and their supporters.

UVW had put police on notice of a claim to be brought against them for breaches of Articles 10 and 11 (Freedom of Expression and Freedom of Assembly and Association respectively) of the European Convention on Human Rights Act as the strikers and their supporters were forced to move in a clear violation of their right to picket outside their workplace. The St George’s security guards had organised two weeks of strike action against poor working conditions of outsourced workers at the university.

“This victory should send the message that we know our rights and that if the police show up and try and do the bosses’ bidding, if they set a foot wrong, if they make a single mistake, we will come down on them like a ton of bricks. They are not to mess with our picket lines because if they do we are going to defend ourselves. We don’t tolerate cops or bosses or anyone pushing us around.”

“This is a huge win for UVW and the wider movement, and one that reaffirms our human right to strike free from bullying cops. UVW never has, nor will we ever tolerate any form of union busting or picket line intimidation from cops or bosses and we will fight back any time they come for us and try to trample on our hard fought for rights. We hope that cops – and the Met in particular with their rancid history of racism, discrimination and violent union busting – take note of this win and think twice before coming for our or any union members again.”

“The right to engage in lawful industrial action is a cornerstone of our democracy. Trade union members exercising those rights should not be subjected to arbitrary arrest or indeed threats of arbitrary arrest. Where the police fail to uphold and respect trade union members’ rights, as they did in this case, they  must be held accountable. This settlement sends a strong message to the Metropolitan Police Service that they must ensure that any policing of industrial action is conducted lawfully.”

Read the letter of apology here >> 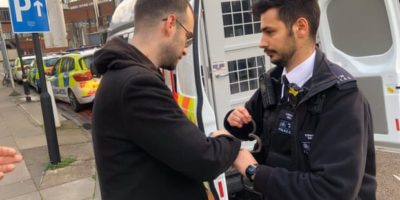 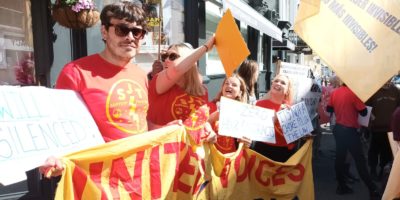