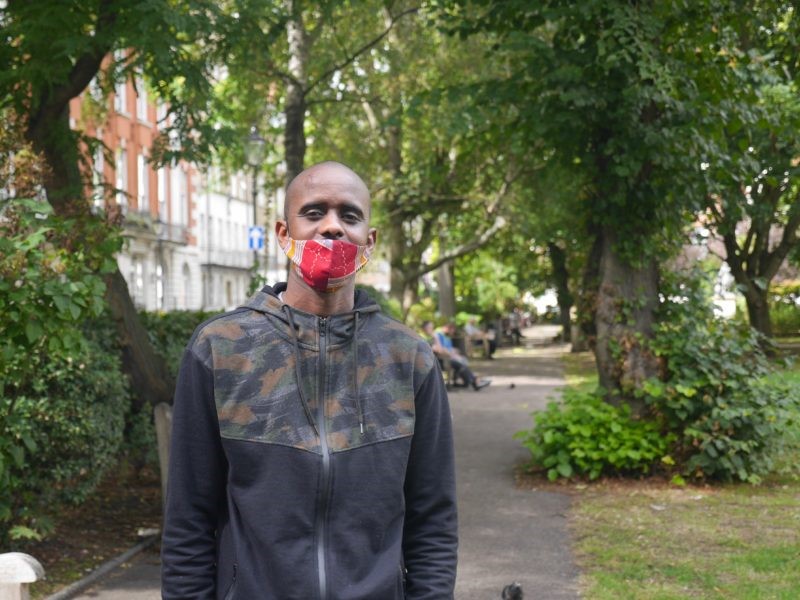 “There is a big difference in terms of the respect that each employee gets in the same workplace”, listen to Alpha’s story

Meet Alpha, a cleaner at the world leading Great Ormond Street Hospital (GOSH), Alpha has worked at GOSH for almost 5 years. Like the rest of his cleaning colleagues, nearly all of whom are Black, Brown and/or migrants, he has been outsourced to the notorious contractor OCS. So despite being a “key worker” and risking his life on a daily basis working in the pandemic, he has been denied full pay sick pay, something which forces him and his colleagues to come to work when ill so as to avoid not being able to pay their rent or bills, they are also paid considerably less than an NHS employee of the same grade.

But despite this, and despite UVW offering to work with GOSH to bring the workers in-house – something UVW has substantial experience of doing – Dr Matthew Shaw and the GOSH Board refused to negotiate; recently going so far as to eject several of Alpha’s colleagues and UVW officials from a public board meeting when they attempted to raise the issue asking the Board to reconsider its position. So now, Alpha and his colleagues have been left with no choice but to prepare do something they have long wanted to avoid, going on strike.

A last resort which they are being forced to take as they are no longer willing to be branded “key workers” and told how important their work is whilst also being discriminated against and treated as second class to their White in-house colleagues. In this video Alpha explains what it feels like to be outsourced and why it is that he and his colleagues are organising for equality, dignity and respect. Please hear his story and also consider supporting him and his colleagues signing by signing this petition.