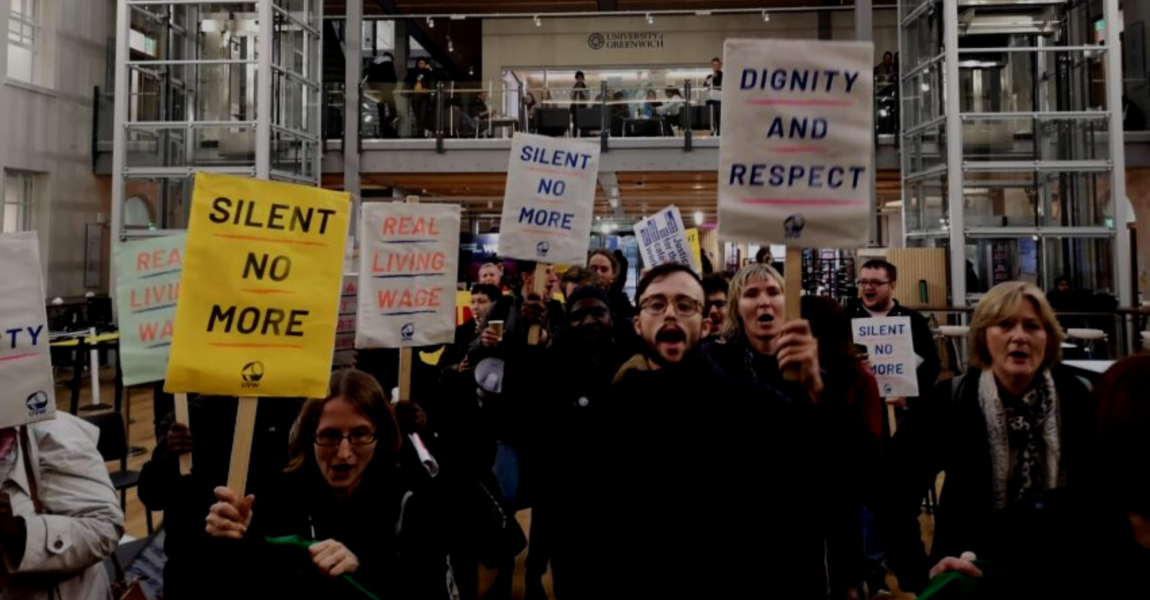 This week as the UK tentatively begins to creep out of lockdown and The Financial times reports that the COVID-19 has made the super rich even richer, dozens of UVW members joined some 4,000 organisers from unions and social movements from across the globe to build worker power.

Over 50 UVW organisers and members participated in the first session of a 6 week online organiser training entitled “Organising for Power: Workers Rising Everywhere” led by the world renowned organiser Jane MacAlevey hosted by the Rosa-Luxemberg-Stiftung.

The high volume of UVW members in attendance testified to the mobilisation taking place within the union as members prepare to organise for a 2021 post-pandemic fightback in the face of a recession which the UK is yet to feel the force of, but which will come into effect with the ending of the furlough scheme in October of this year.

Speaking after completing the first round of the training, Anna, a member of UVW’s Design and Cultural Workers (DCW) branch said the following:

“It was hugely empowering  to connect with other members of UVW and comrades from across the world to learn and share tactics on how to fight the bosses who are using the pandemic to get richer and crush the working class”.

Also speaking after the first training was Aska, a UVW Executive Committee member and member of UVW’s Section of Architectural Workers (SAW), they said:

“The training has already been incredibly insightful. I learnt about the difference between organic leaders and activists and the importance of identifying who has the power to move the most people in the workplace. It was also great to see so many UVW members in attendance, I’m confident that once we complete this training we’ll be an even bigger force to be reckoned with”.