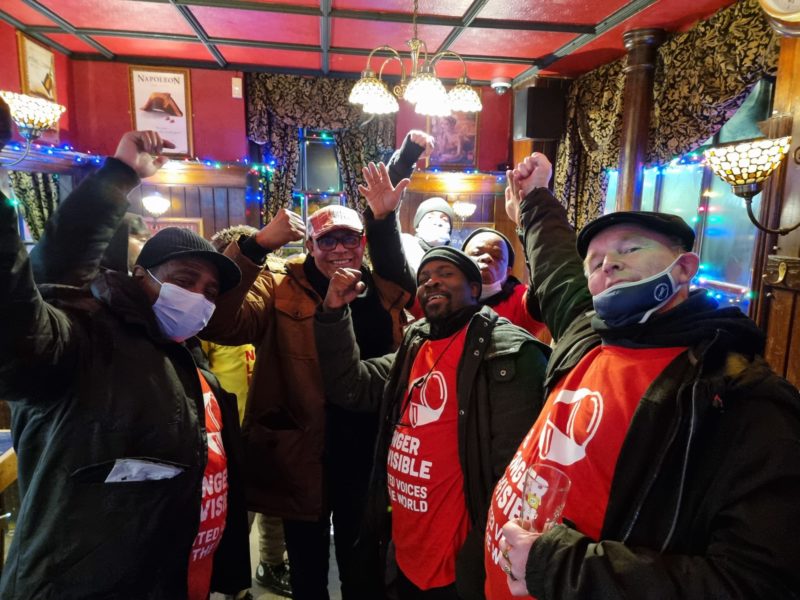 United Voices of the World (UVW) are fighting back against union-busting attempts at Great Ormond Street Hospital (GOSH). Security guards who took part in the recent three day strike for equal rights, have had overtime shifts mysteriously cancelled without reason.

One impacted member, Abiodun Ilouri (Abi), who has worked at GOSH for three years and has never had a shift cancelled before, was given no reason for his cancelled shift this week, being told by his line manager that no reason needs to be given.

Abi said: “I am angry, I’m upset and my family is upset. Everybody knows the reason why he cancelled the shift; because I was an active union member. I was at the picket line. I was on strike for three days asking for equal rights. He knows I am an active member of the union, I am being victimised, I am being picked on. I demand an explanation.”

UVW has written to GOSH’s security contractor Carlisle Support Services (Carlisle) demanding an apology for impacted workers, the reinstatement of cancelled shifts and action to hold the victimising manager to account. The union will be helping members take legal action.

Petros Elia, general secretary for UVW, said: “This kind of trade union victimisation has no place in the NHS, particularly not at a world-renowned hospital like GOSH. It is abhorrent and unlawful that workers are being punished for striking for full pay sick pay during a pandemic. And if they think they can intimidate our members out of action they have another thing coming.

“UVW is commencing legal proceedings immediately and will fight back with everything we’ve got until our members’ human rights are protected and the manager responsible is held to account.”

We need everybody to let bosses at Carlisle and GOSH know that trade union victimisation is unacceptable and that we will fight it with solidarity. To show your support for the security guards and to defend workers’ right to trade union activity, send an email using our tool.

Send a letter of protest to GOSH and their contractor, Carlisle Support Services, here >>