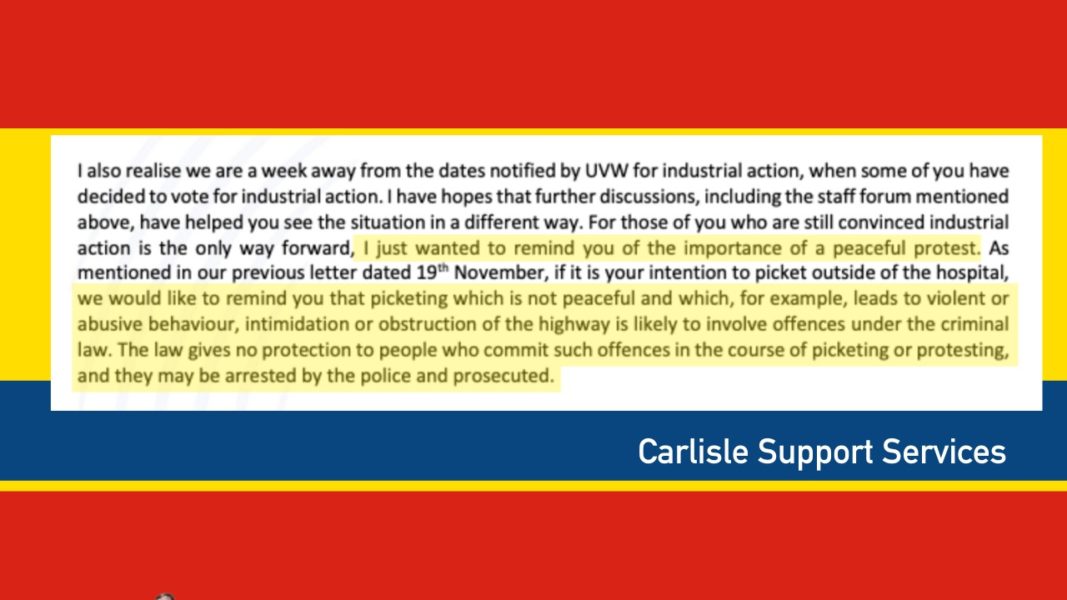 Petros Elia, UVW General Secretary said “This letter is full of racist tropes and would never have been issued to a group of white doctors. This is a clear attempt to intimidate and deter our members from continuing in their fight for NHS contracts. We demand a retraction and apology from Carlisle and GOSH. Instead of sitting around the negotiating table with us, Carlisle and GOSH seem more intent in union-busting to maintain a discriminatory outsourcing regime, which has no place in the NHS. Matthew Shaw with his obscene half a million-pound salary should be ashamed.”

Security guard and UVW member Abiodun Ilori said “You can imagine how offended we all are. I replied to the letter requesting Carlisle never send this type of intimidating letter to me and that I am not scared. Not of the head of security, nor GOSH and definitely not Carlisle.”