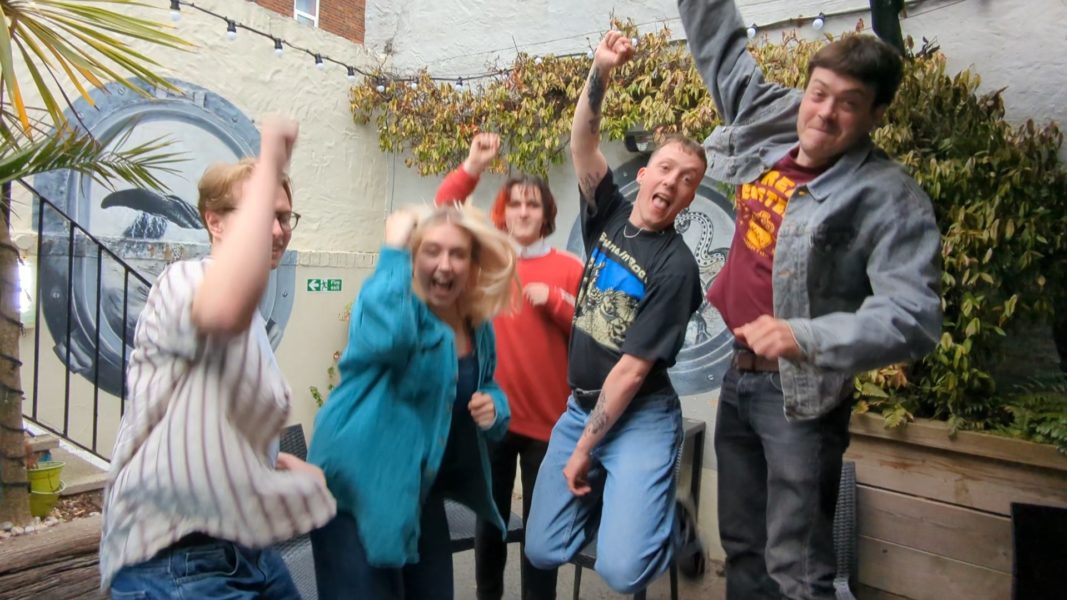 “On the picket we will show the power we have as a united work force and just how much support we have already managed to gain. A change is coming. The only variable is when.”

Bar staff at the Saint James Tavern (SJT) in central Brighton are launching two days of strike action over pay and working conditions, job security and respect at work. The workers will walk out on Saturday 25 June and Saturday 2 July.

Last month, the pub workers, members of United Voices of the World (UVW), unanimously voted to strike with a 100% ‘yes’ vote on a 100% turnout, in a rare and brave display of resolve and togetherness.

“On the picket we will show the power we have as a united work force and just how much support we have already managed to gain. A change is coming. The only variable is when,” says Jake Marvin, a bar manager at SJT and UVW member.

The team are highly exposed to catching diseases, like Covid-19,  vulnerable to aggression from members of the public, and their hours are cut from one day to the next when business is quiet. Their low wages can’t cover long periods without work, they don’t have a proper sick pay scheme so cannot afford to rest if they get sick, and there’s no security team in the pub to protect them. At least one of them has been assaulted while on the job. “We are striking for respect from the people who employ us. We’ve had enough of feeling disrespected and neglected. We deserve to be treated with the same level of care our bosses take to protect their own income,” bartender Tris Houseman and UVW member  says.

The team are demanding an end to zero-hours contracts, minimum pay of £11.50 for all staff; a full sick pay scheme to all bar staff including cover for Covid-19-related sickness absences, rather than the basic Statutory Sick Pay (SSP) they’ve endured during the pandemic; and no cuts to staff hours. They also want a security response team on site at all times as well as voluntary recognition of UVW as SJT workers’ trade union. “After multiple opportunities to come to the negotiating table, Zakaria Abedi and Victoria Bennet have left us no option other than to go on strike. We demand a real living wage of £11.50 an hour, full sick pay, an end to precarious and often exploitative zero-hour contracts and drastic changes to what we feel is an increasingly hostile workplace”, Jake told us.

The SJT strikers believe their strike action will help unleash a wider worker’s movement in the hospitality sector. The pub industry sector is under unionised and poor conditions and mistreatment are seen as almost ‘part of the job’.  “Our struggle isn’t isolated though. So many other pub workers are experiencing what we’re going through to the point where it’s become the norm. This is completely unacceptable and something has to change,” said Tris.

Some of the strikers are also taking their employers to tribunal over alleged harassment, including allegations of sexism, homophobia, transphobia, disability discrimination, as well as anti-Semitic comments.

SJT is leased by the current owners from Stonegate Group, the largest pub company in the UK, Stonegate has been contacted but they claim not to have the power to make changes at SJT. They are unwilling to take responsibility of the bar staffs working conditions, claiming the leaseholders, Zakaria Abedi and Victoria Bennett, are the decision makers with regards to staff pay.