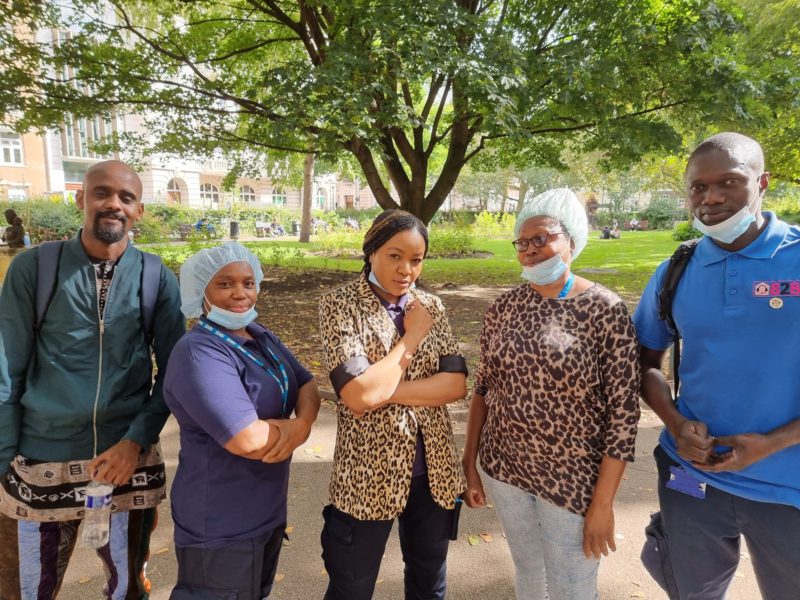 More than a hundred cleaners who won an in-housing agreement at Great Ormond Street Hospital (GOSH) after launching a hard-fought campaign against outsourcing to private contractors have vowed to return to the picket line after accusing GOSH of failing to keep their promises.

The recently in-housed cleaning staff accuse the NHS Trust bosses of failing on their pledge to give full parity with the other NHS workers.

While terms and conditions have improved for the workers, GOSH has denied them annual leave, maternity/paternity, and redundancy.

United Voices of the World union said despite repeated attempts to talk to GOSH Trustees they have been met with silence. “They have refused to meet or engage in talks with UVW, the union of choice for these workers, have made no attempt to negotiate despite being warned on numerous occasions”.

Workers have now called for their union, United Voices of the World to ballot for them.

Alpha Anne has been working at Great Ormond Street hospital for 7 years and was one of the many workers who have brought pressure to bear on the hospital board last year. He says the cleaners will continue the fight: “All we are asking for is equality with the rest of the NHS staff. We are tired of being treated like second class workers.”

The ballot to strike comes just months after the cleaners won an in-housing agreement that was widely lauded as an important victory against precarious work contracts.

During that campaign, they argued their precarious contracts constituted racial discrimination under the 2010 Equality Act – almost all workers employed by private companies are from BAME backgrounds.

But despite their historic win, they say the two-tier system persists and that they are willing to take to the picket line to demand parity with other NHS employees.