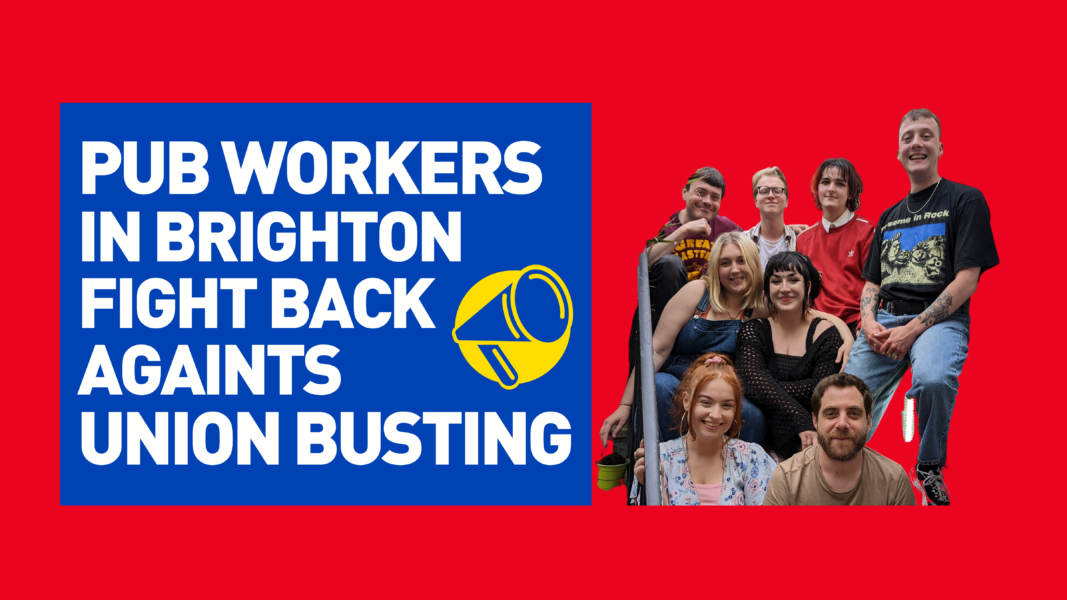 “We feel this is an attack on ourselves, workers that dared to organise, join a union and demand  decent working conditions”

The brave Saint James Tavern pub workers in Brighton were called in for disciplinary proceedings by their bosses in mid June after they announced their lawful strike action. The workers and their union, United Voices of the World (UVW), believe this amounts to union victimisation. They are bringing legal action against the pub landlords.

The UVW members have been accused of having defamed and brought the business into disrepute in the media and social media but have not been provided with any evidence to back this up.

The workers said in a statement that they felt this was “an attack on us, workers that dared to organise, join a union and demand decent working conditions: full sick pay scheme, £11.50 an hour, 24-hour response security team, an end to zero-hour contracts and no cuts to staff hours.”

UVW demanded that the disciplinary hearings be postponed for a week to allow the workers’ union representative to attend but the pub landlords proceeded to conduct them despite their legal obligations not to and they did so in the middle of the pub in front of customers and staff on shift. UVW believes this an infringement of the workers’ employment, contract and human rights and are bringing further legal action against the bosses.

In May, the workers unanimously voted to go on strike because they are fed up with zero-hours contracts and poverty wages. They say poor working conditions in the hospitality sector should not be considered  ‘just part of the job.’

The workers are a close-knit family who enjoy working together. but since the SJT was leased to their new owners, Zakaria Abedi and Victoria Bennett, things have taken a turn for the worse. The team says they have been left feeling completely undermined and neglected and the atmosphere has become toxic and hostile. Some of them, including some former employees, are are bringing a claim against the SJT bosses for alleged harassment and discrimination, including allegations of sexsim, disability discrimination, transphobia, homobophia and anti-Semitic comments.

SJT is leased from Stonegate Group, the largest pub company in the UK, to the current owners. The workers say they have tried talking to them too but Stonegate are not willing to take responsibility, claiming not to have the power to make changes at SJT. They say the leaseholders, Zak and Vicky, are the decision makers.

UVW and supporters across the union movement are calling on the pub landlords to drop these disciplinary meetings and enter into good faith negotiations with the workers and their union. The owners have so far refused to engage in talks.

For more information, head to the campaign page >>