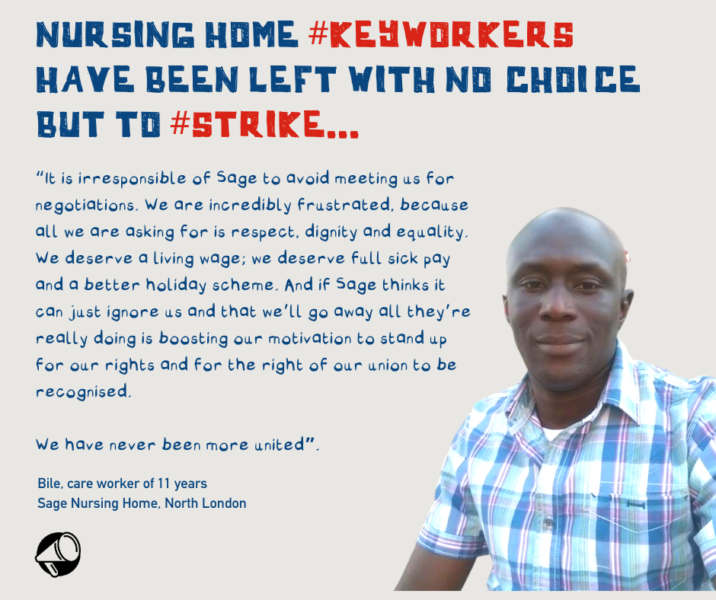 UVW members at Sage nursing home are calling for an end to poverty wages and parity with NHS sick pay and annual leave. Negotiations with Sage were undermined last week, when officials informed the union they had no intention of making a settlement offer. With no options left, care workers, domestics and maintenance staff are gearing up for action, and will be leafleting in the community this week.

UVW members are united and ready to fight for equality, having recently returned a 100% yes vote for strike action in November 2020.

Their impending strike was suspended when care home Trustees Adrian Jacobs and Stephen Goldberg agreed to negotiate, but Sage’s bad faith tactics have pushed members to their limits. As essential workers caring for the elderly during a global pandemic, members are tired of being underpaid, undervalued and ignored.

One member, Andrene, says, “Never before have I been more determined and focused to fight for what we believe in. Dignity, respect, recognition and fair wages for all. United we stand.”

Another member, Estrella, says, “We have been ignored, undervalued and underpaid for too long. It is clear that Sage will NEVER be concerned about their staff, it’s frustrating and insulting.”

Many workers have worked at the nursing home for over a decade and have a deep commitment to their clients. But with pay between £8.72 – £9.60 an hour and many terms and conditions at statutory minimum, members are ready to stand up for themselves and demand their hard work and dedication be recognised.

Bile, another member explains how, “It is irresponsible of Sage to avoid meeting us for negotiations. We are incredibly frustrated, because all we are asking for is respect, dignity and equality. We deserve a living wage; we deserve full sick pay and a better holiday scheme. And if Sage thinks it can just ignore us and that we’ll go away all they’re really doing is boosting our motivation to stand up for our rights and for the right of our union to be recognised. We have never been more united”.

Sage members have seen great solidarity from their community so far, with Barnett Unison and Jewish Solidarity Action helping to leaflet the public in Golders Green. You can read a piece in Vashti Media on the Sage campaign here. If you are interested in getting involved in the campaign, now is the time, with leafleting happening over the next few weeks.

If you have any questions about the campaign or would like more information on leafleting, please email Isabel and Molly at sagenursinghome@uvwunion.org.uk. 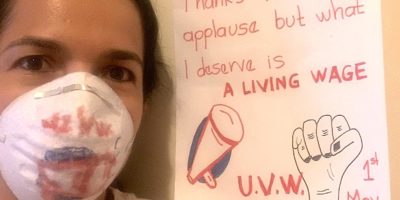 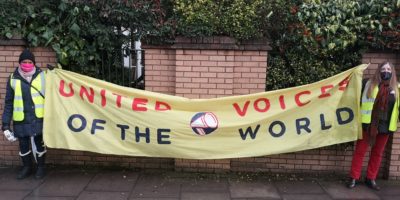 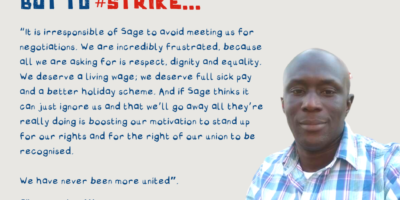 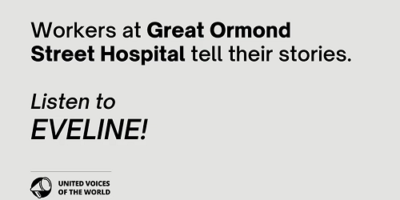